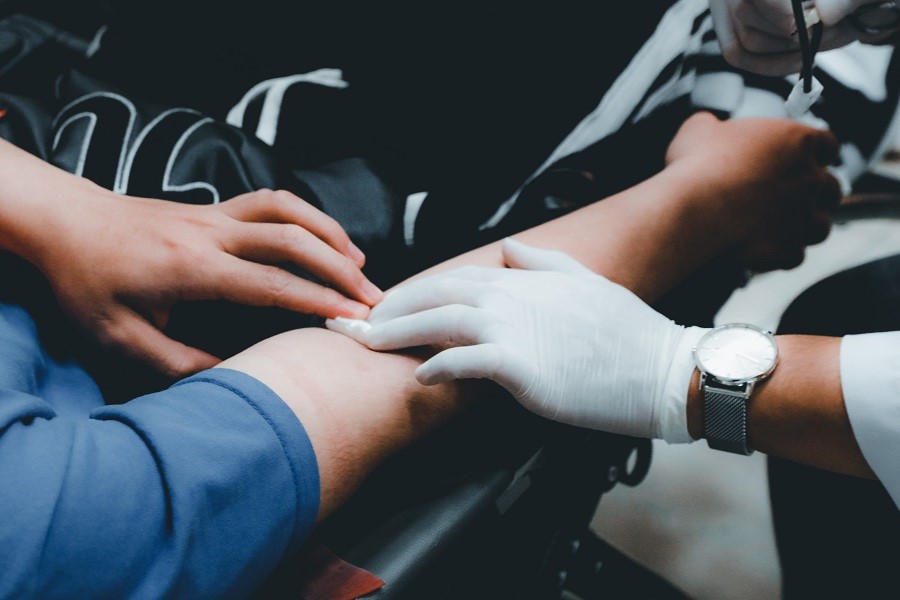 For all its technological advancements, Monaco’s health service has one fatal flaw: there just aren’t enough blood donations to meet its transfusion needs. The signing of a new agreement between the Princess Grace Hospital Centre and the French Blood Establishment hopes to change this.

Benoîte Rousseau de Sevelinges, the director of the Centre Hospitalier Princesse Grace (CHPG), and François Toujas, the president of the French Blood Establishment (EFS), signed an important agreement between the two institutions on Tuesday 15th November in the presence of Prince Albert II and representatives from the Monaco government as well as the Monegasque Red Cross and the Principality’s Blood Donor Association.

The two parties have already been working together for the last 10 years, but the new agreement is set to redefine the cooperation between the EFS and the hospital’s Centre for Blood Transfusion in terms of training, regulatory and scientific monitoring, and the improvement of the CHPG’s blood security management system. It will also help facilitate the exchange of vital donor blood supplies between France and Monaco.

“[The Principality’s donors] currently only provide for 40% of our blood needs in Monaco,” says Rousseau de Sevelinges. “This agreement will allow us to better achieve two important activities in Monaco: the collection of donor blood and the preparation of donor blood bags.”

For all its forward-thinking incentives, such as a “bloodmobile” that can collect donors from their home or place of work and transport them to the CHPG to give blood (and take them back again), Monaco is facing something of a donor blood crisis.

“Although 20% of donors are new to the system each year, overall we’ve lost 30% of donors in the last five years,” continues Rousseau de Sevelinges. “Giving blood is a tradition we’re losing. Many of our regular donors are reaching the age limit for giving blood: 70 years of age. The challenge now is to find new donors and to retain them so that they come back [to give blood again].”

A call for donors: how to give blood in Monaco

Donors must be within the 18 to 70 years of age range, and weigh over 50 kilograms. Men can give blood up to six times a year and women four times a year; a break of eight weeks is required between donations. The rules for the donation of platelets and plasma vary slightly, but full information can be found here.

It is important to note that anyone who has previously received a blood transfusion or organ transplant cannot give blood. Neither can those who spent over a year living in the UK between 1980 and 1996. Those suffering from cancer or cardio-vascular issues, or who have had a stroke, are also ruled out. Other short-term medical contraindications may apply. For the further information, please click here.