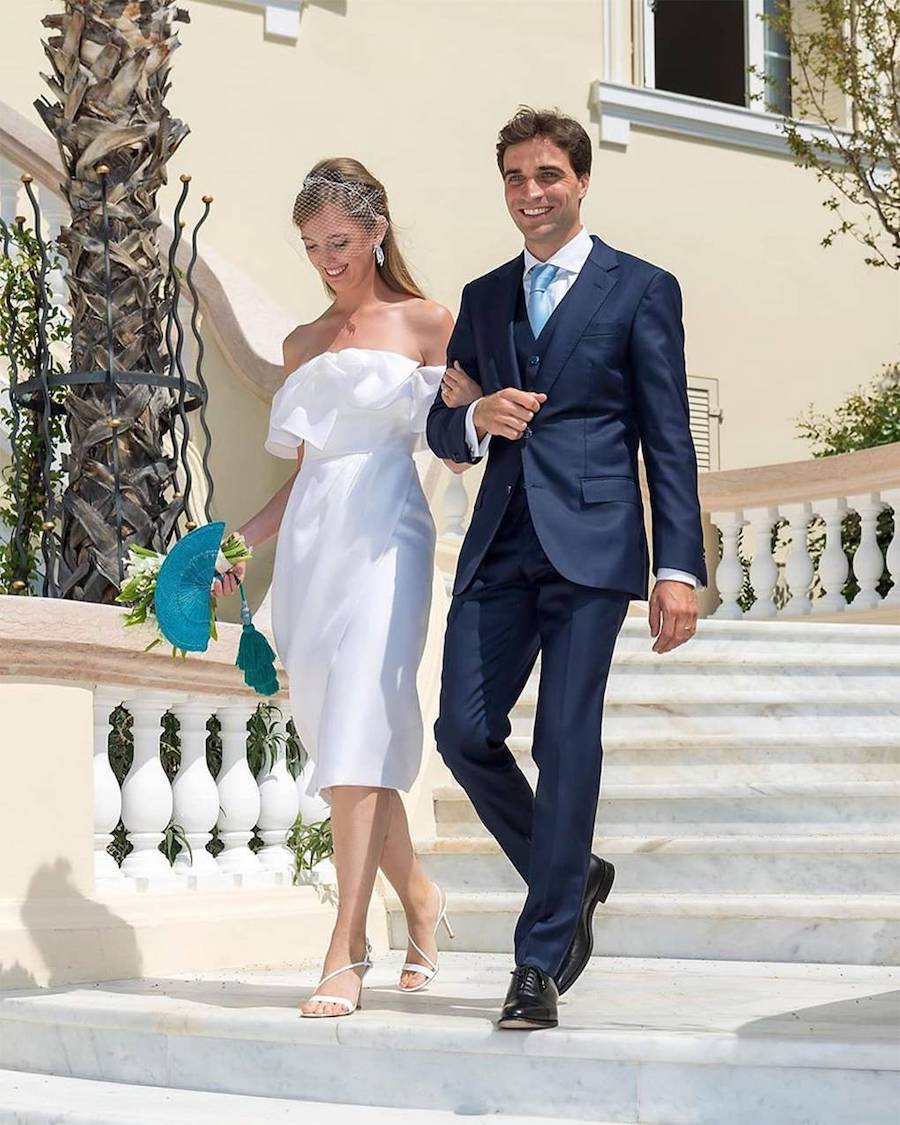 Archduchess of Austria Eleonore von Habsburg has married Belgian racing driver Jérôme d’Ambrosio in an intimate ceremony in Monaco.
The glamorous young royal, who also has the title of Princess of Hungary, Bohemia and Croatia, wore an off-the-shoulder Carolina Herrera wedding gown to wed her handsome beau on Monday 2Oth July. They were joined by their parents and the Mayor of Monaco, Georges Marsan, for the civil ceremony at the registry office, while there are plans for a bigger celebration once the current situation improves.
The couple first met three years ago on a flight from London to Nice and announced their engagement in March 2019.
https://www.instagram.com/p/CC6259mFg1k/?utm_source=ig_web_copy_link
26-year-old Eleonore is the daughter of Archduke Karl von Habsburg and Baroness Francesca von Thyssen-Bornemisza. Her great-grandparents were the last Emperor and Empress of Austria, Charles I of Austria and Zita of Bourbon-Parma. She has modelled for Dolce & Gabbana and works as a jewellery designer.
Jérôme d’Ambrosio, aged 35, is a Belgian Formula E racing driver for the Indian team Mahindra Racing and has three wins under his belt, with multiple podiums and two pole positions. Jerome also works closely with Hugo Boss and Julius Baer as a brand ambassador.