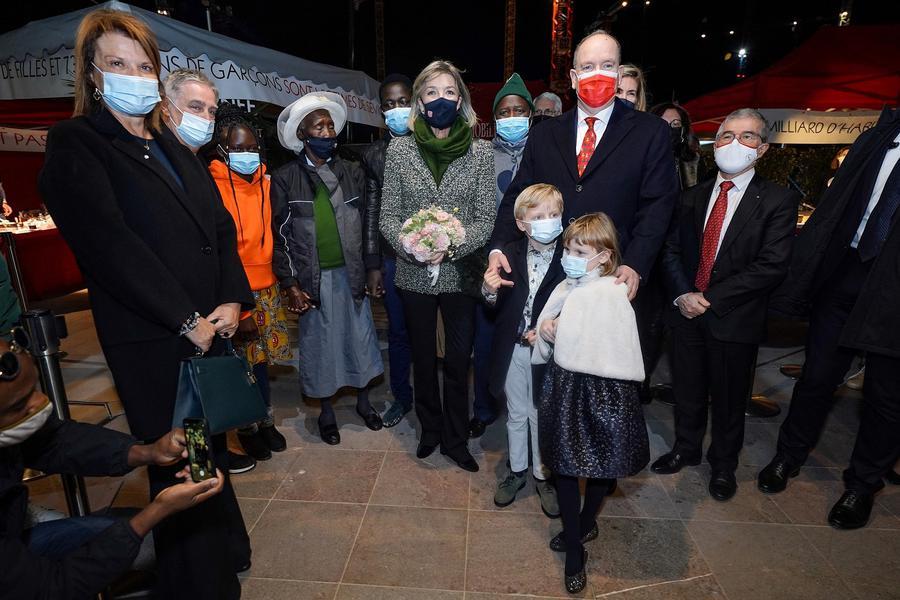 To celebrate the International Convention on the Rights of the Child, Prince Jacques and Princess Gabriella joined their father Prince Albert and aunt Princess Caroline for the screening of a film showing that one is never too old to learn nor too old to fight for what is right.

Gogo, which means grandmother in Swahili, is an unlikely heroine. This 94-year-old Kenyan, living in the heart of the Rift Valley, plucked up the courage at the ripe old age of 90 to enter primary school and receive the education she was denied as a child.

Gogo’s wish to gain an education, thus making her the oldest schoolgirl in the world, set an example for her village to fight against the forced marriages that are still prevalent in her homeland, as well as to pave the way for all girls who have long been denied access to proper schooling.

On her scholastic journey, she is encouraged by her 54 great-grandchildren, her teachers and the entire school, making her a sort of mascot, whilst she quietly pursues her studies.

Her inspiring story led to the making of a documentary film directed by Pascal Plisson entitled Gogo. The film was screened on 29th November at the Salle des Princes at the Grimaldi Forum as part of the International Convention on the Rights of the Child celebrations, which were attended by Prince Albert II, Princess Caroline of Hanover, the princely twins and several other local personalities.

Priscilla Sitieni, aka Gogo, and her great-granddaughter joined Plisson for the event which was held to raise awareness, as well as much-needed funds, for children whose rights are violated on a daily basis. The film was the grand finale of a day which started in the afternoon with various activities, workshops and food stands. Additionally, many solidarity actions were carried out by the students of Monaco in their own classrooms.

The funds collected will contribute to the continuation of the interventions of the Department of National Education of Youth and Sports (DENJS) so that students from here and elsewhere can grow up and learn in favourable conditions.

The International Convention on the Rights of the Child is marked every year in the Principality and was created by the UN General Assembly on 20th November 1989.