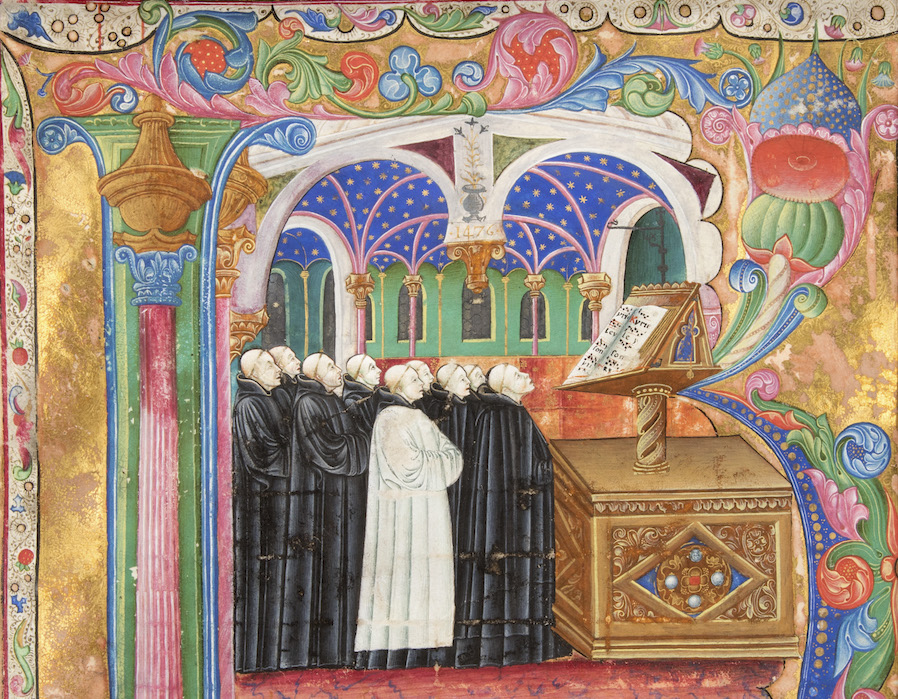 Maison d’Art is hosting an exhibit in the Hôtel de Paris featuring artists from the 13th century to today who have incorporated gold as an enhancement to their paintings, adding richness, depth and a certain show of power.

It’s not called the gold standard for nothing. Gold as a precious metal has been cherished for millennia as a sign of wealth and power, but it also has been used for its inherent beauty. This manifested itself over the centuries in jewellery, objets d’art, and fine art.

Now, Maison d’Art in Monaco is putting together a show dedicated entirely to the use of gold in art, entitled Gold, Secular and Sacred, featuring gold-inflected pieces from the 13th century to the present.

In days gone by, gold was used in the form of leaf or as an eye-catching detail. The resulting works were highly treasured and typically signified high rank or status, as well as being a sort of tribute to a certain place, often a church.

The painters who specialised in working with gold were hugely respected and many became famous during their lifetimes. As for the patrons, gold ground pictures were presented to local parishes, and the quantity of images often stood in direct proportion to the quality of relations between individual offering the piece and the Church.

The exhibit combines painting of this era by Niccolò di Pietro, Andrea di Bonaiuto, Jacobello del Fiore, and Bartolomeo Rigossi da Gallarate and Tuscan Byzantine painter Pietro Lorenzetti, who was a collaborator of Segna di Buonaventura with an artist from today, Carlos Rolón.

Born in Chicago, he is known for his multi-disciplinary practice that employs craft, ritual, beauty, spirituality, and history to explore memory and the macro narrative of the Caribbean diaspora as a symbol for broader issues surrounding migration and inclusion.

Rolón uses gold to “explore history that directly deals with questions of inclusion, aspiration, cultural identity, cultivated settings, and their relationship to post-colonial spaces.” He uses gold intermixed with vivid tropical flowers from the New World to show how the beauty of the locations got lost in the quest for gold by the early Spanish explorers. The gold-lust decimated the Americas whilst gold went to Spain to line the pockets of the wealthy.

These works reimagine the beautiful flora and fauna that protected these precious minerals, creating a sense of urgency and beauty from a place of destruction that pays homage to his native heritage of Puerto Rico.

The exhibition is being held at the Salon Louise-Hippolyte at the Hôtel de Paris.