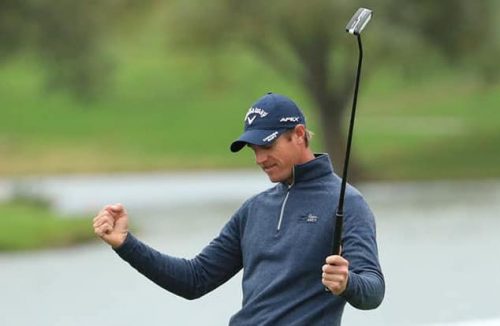 Golf rarely sees such exciting finishes, but last Sunday at the French Open, it came down to the wire between three worthy players. Colsaerts went into Sunday with a three-stroke lead, but due to some early errors was overtaken on the back nine by Hansen and South African George Coetzee.

36-year-old Colsaerts regained his poise and nailed it on the final three holes, giving him a fourth round finish of 72, which is one-over-par, and the big win with a 12-under-par for the tournament.

Colsaerts was part of the winning 2012 European Ryder Cup team, dubbed “Miracle in Medinah” and widely regarded as one of greatest sporting comebacks of all time when the Europeans knocked an American 10-6 lead over, giving them the victory. Since them the Belgian has slipped to 424th, but this win pulls him up in the standings securing his tour card for the next two years.

“I’ve been coming here for I don’t know how many years. It’s been a long road,” he told Sport 24. “So many people have supported me over the years. That’s why I get so emotional. I went through ups and downs for so many years now.

This was Colsaerts third European triumph and his first since the Volvo World Match Play Championships in 2012.