The Monaco Tourist and Convention Bureau (DTC) has reported that despite a 2.8 percent drop in hotel room occupancy in 2016, overall profits of the Principality’s hotels rose by 1.3 percent in 2016. The average price of a room during the year rose by 4.3 percent, DTC deputy director, Guy Antognelli, told a meeting of the DTC’s tourism partners at the Meridien Beach Plaza last week.

The average price of a room during the year rose by 4.3 percent, DTC deputy director, Guy Antognelli, told a meeting of the DTC’s tourism partners at the Meridien Beach Plaza last week.

Monaco has also succeeded attracting major business events throughout the year, with Sandrine Camia, Director of the Convention Bureau, saying, “Thirty-one percent of the nights sold outside July and August were the result of Business Tourism.”

At the Grimaldi Forum, the convention centre remains unused only 10 days during the year, again proving the enduring popularity of Monaco as a high-end business destination.

Out of Africa and The Power of... 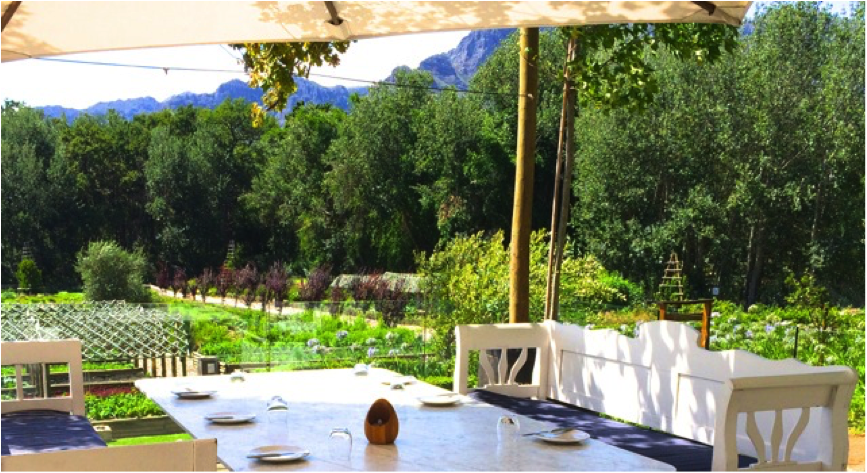 Boschendal[/caption] I welcomed the New Year in the Western Cape and KwaZulu-Natal. I fell in love with the slower pace of life there. I call it “SA Time”. South Africans have an elastic concept of time. Take their version of the word “now”: it means eventually, it means maybe, it means later. When used in iteration, it means soon. It almost never means now. During my trip, my partner and I explored Stellenbosch in the Cape Winelands. With its undulating lowlands and granite-mountain slopes, Stellenbosch is South Africa’s answer to Napa Valley and home to many of the country’s best-known wines. Back home in Monaco, I have decided to devote my first column of 2017 to a South African wine odyssey in honour of Princess Charlene whose birthday is today. SIGN IN TO YOUR PREMIUM ACCOUNT TO READ MORE (click Sign In at the top of the page) [ihc-hide-content ihc_mb_type="show" ihc_mb_who="reg" ihc_mb_template="" ] Armed with coffee and buttermilk rusks, we started our hot January morning on the R44, south of Stellenbosch, at Annandale Winery (annandale.co.za) – its Chalbert Merlot 2005 was drunk at Prince Albert and Princess Charlene’s wedding in 2011. Charlene’s family friend and former-rugby-player-turned-winemaker, Hempies du Toit, chose the 2005 vintage as the year the couple started courting. He chose stock that had not been bottled, but had spent six years in French oak, to produce this limited edition wine. The result is a fruity red with well integrated tannins and hints of cherry. Nearby along the Annandale Road, we drove to Rust en Vrede (rustenvrede.com) that has been producing wines since the 17th century. Its many admirers have included Nelson Mandela, who served this estate’s wines at a Nobel Peace Prize dinner. One of its former winemakers, Kevin Arnold, teamed up with IT magnate Jeremy Ord in 1998 to create Waterford Estate (waterfordestate.co.za), a neighbouring wine estate that produces some of South Africa’s best wines. The sun was bearing down upon our Panama hats as we made our way down the R44 in Raithby to Anwilka (kleinconstantia.com), the intercontinental lovechild of South African wine impresario Lowell Jooste (Klein Constantia’s MD), Bordeaux claret experts Bruno Prats (former owner of Château Clos d’Estournel) and Hubert de Boüard de Laforest (co-owner of Château Angélus). Since 2005, this new kid on the block has established itself already as a lauded global player. It was merged in 2012 with the Godfather of South African wines, Klein Constantia (kleinconstantia.com), whose natural sweet white wine, Vin de Constance, has been prized by crowns and coronets since the 18th century, We stopped for a quick lunch at Spier Wine Estate (spier.co.za) where we picked a shady spot on the lawn for a picnic of farmhouse cheese and pâté with a glass of Chenin blanc. Back on the road, we headed further North off the R304 to Hartenberg Estate (hartenbergestate.com). This winery dates back 300 years, but its revered reputation is largely down to its current owner Ken Mackenzie. His extensive replanting and investment since the 1980s, as well as his talented wine maker Carl Schultz have produced an impressive Shiraz. I was starting to wilt as we drove back along the R44 towards Klapmuts to find Warwick (warwickwine.com), that owes its name to the Boer War’s Warwickshire Regiment whose British commanding officer bought the farm after the war had ended. Since the 1970s, Warwick Estate has been transformed into an internationally renowned wine estate by former ski champion Norma Ratcliffe, aka the First Lady of the South African wine industry. Her bold and appropriately named First Lady Cabernet Sauvignon revived me. We finished our day in the Winelands off the R310 in Franschhoek at Boschendal Winery (boschendal.com), where we found a terrace with a glorious vista over row upon row of perfectly tended vegetables. Unwinding on a wooden bench with a glass of Elgin Sauvignon Blanc in my hand, I realised finally the power of now. Out of Africa in Monte Carlo The good news is that you don’t have to rise from your armchair in Monte Carlo to procure any of these wines. All you need to do is to contact Yvan, the head chef and sommelier at the Wine Palace Monte-Carlo (winepalacemontecarlo.com). He will be happy to share his extensive wine knowledge with you and to procure these and other South African wines stored in the Wine Palace’s impressive wine cellars – one of the largest in Europe. Romantics may like to purchase one of their 50 limited edition magnums with a certificate from the Princely wedding of Annandale Winery’s Chalbert Merlot 2005. The Wine Palace Monte-Carlo, with a selection of more than 2,300 wines, champagnes and spirits, is located at the Yacht Club de Monaco, Quai Louis II. Article first published January 25, 2017. [/ihc-hide-content]

Business & Finance Cassandra Tanti - July 2, 2019
The next Business Time event, organised by the Junior Chamber of Economy of Monaco (JCEM), will be held this Thursday 4th July on the theme: ‘Fashion in Monaco, a symbol of prestige and elegance’.