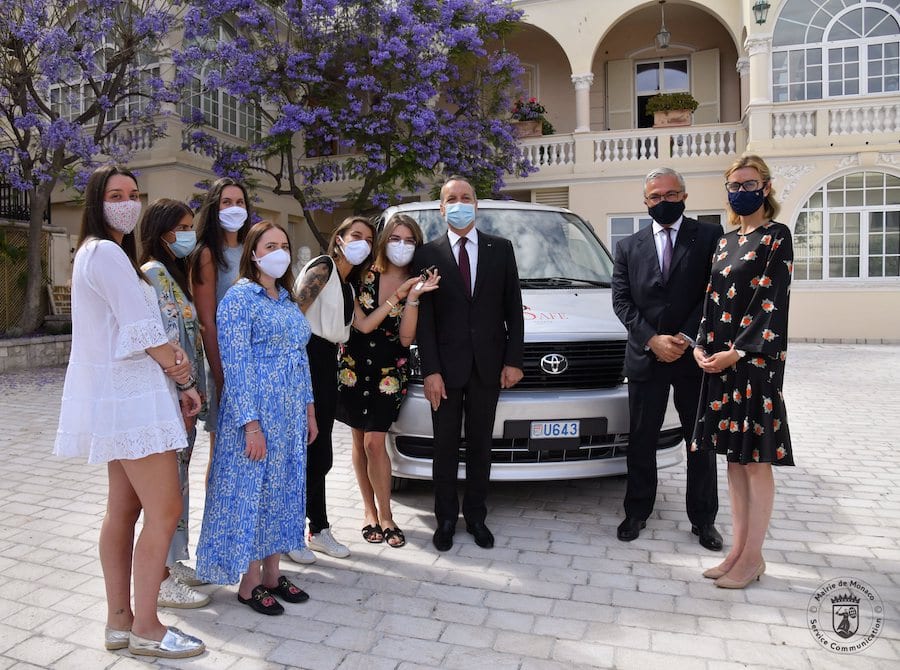 Be Safe, the drink-driving awareness association initiated by Princess Stephanie’s daughter Camille Gottlieb, has been gifted with a shuttle car by the National Council.
Mayor Georges Marsan welcomed Camille Gottlieb, President of Be Safe, and other members of the Monaco association to the Town Hall on Thursday 18th June to receive the generous donation.
The association was created by the young member of the Princely in 2017 to combat drink driving in Monaco, primarily setting up a system of free shuttle vehicles at the exits of nightclubs to deliver people who had been drink safely to their homes.
In an effort to support the association, the Monaco City Council donated an eight-seater Toyota Hiace, which recently belonged to the City Council fleet.
“Your message is primarily intended for young people to warn them and raise their awareness of the dangers of drinking and driving, and I am sure you are excellent messengers by using the right words and targeting the right actions,” said Mayor Georges Marsan in his speech. “I am sure that this vehicle will be used wisely and I sincerely hope that it will help you to enhance the shuttle system and allow young and old alike to return home safely for after a night out.”