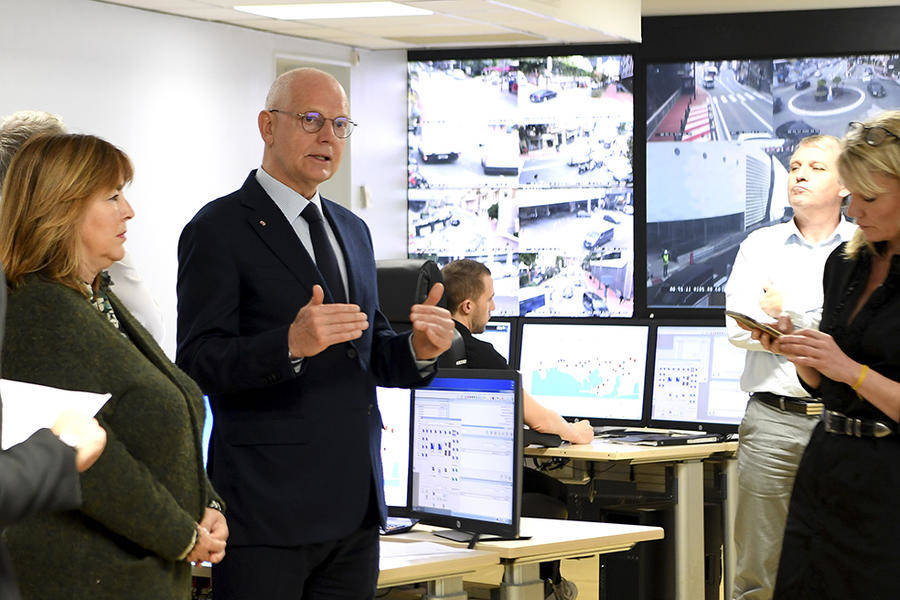 The Monaco Government has put together a host of measures to tackle traffic flow following the collapse of the Moyenne Corniche at the end April. A number of works throughout the Principality have also been postponed to help drivers navigate the city easier.

On 25th April, traffic on the roads leading into Monaco jumped by more than 10% due to a number of combined incidents: the collapse of a retaining wall on the Moyenne Corniche, preparation works surrounding the Grand Prix, a vehicle fire in the A500 tunnel, a truck that became stuck in the Marquet link, an influx of tourists during the school holidays, the inclement weather and the fact police had shut down the Albert II Tunnel in anticipation of potential Yellow Vests protests.

“With a flow of more than 110,000 vehicles per day, traffic in the Principality is a fragile balance. As soon as an event occurs on the access roads to Monaco, it has an immediate impact on the flow of traffic,” said Minister of State Serge Telle after studying roadside surveillance footage taken during that day.

As a result, the government has put together a range of measures to ease traffic flow while the Moyenne Corniche remains closed. They include the acceleration of network renovations on Boulevard Jardin Exotique by increasing the time slot for non-noisy operations, ending on 10th May when the Moyenne Corniche is scheduled to reopen, and resuming two-lane traffic. The second phase of this work is being postponed.

Lighting work on Avenue Hector Otto is also being postponed, and vehicles will be able to use four bus lanes in the Principality: Rue Grimaldi, Boulevard Albert 1er, Avenue d’Ostende and Boulevard Charles III between Place d’Armes and Place du Canton.

In addition, the Government has decided to systematically intensify the means of communication in real time on incidents impacting traffic, including sharing information on social networks and warning systems via local radio stations. They will also reinforce police checks for uncivil road behaviour.

Meanwhile, works at the end of Avenue de Fontvielle that are scheduled to commence after the Grand Prix have been delayed and will be reviewed in order to minimise their impact on traffic.

The government also reiterated current plans to reduce the number of cars on Monaco’s roads, including the deployment in July of a new fleet of 290 electric bikes and 35 new stations including three at Beausoleil, and subsidies for reducing car park usage.