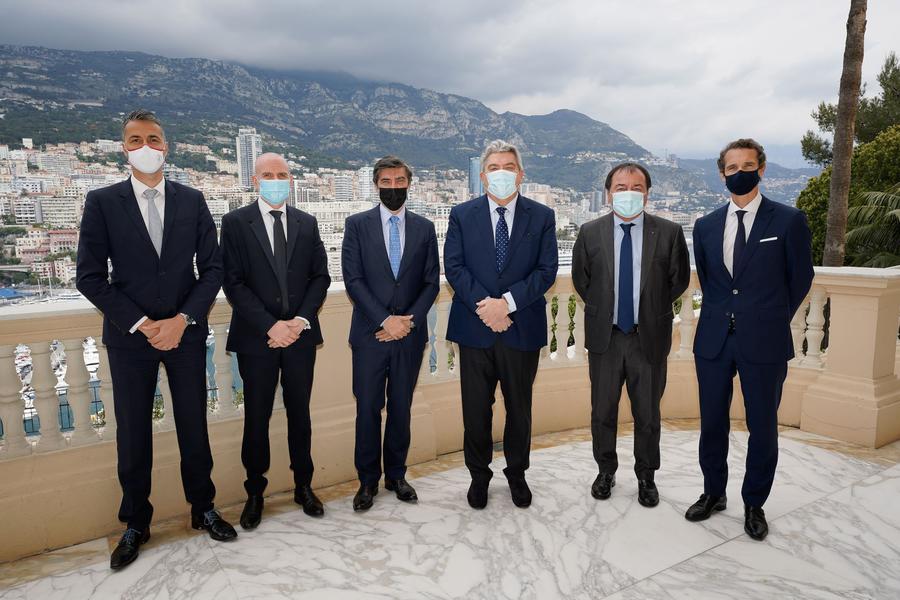 Légimonaco, the public interface for government policy and reference for national laws, is being redesigned for the first time since its inception in 2008, the government has announced.

Monaco’s Minister of State Pierre Dartout held a meeting on Thursday with Guillaume Deroubaix and Mathieu Balzarini, respectively Deputy Managing Director and Director of Technologies and Information Systems of LexisNexis France, to look at options for the overhaul of the Légimonaco website.

The website has been online since 2008 and is the go-to for the general public when looking for national laws, statutes, government policies and the most up-to-date legislative and regulatory documents. The site also allows visitors to consult case law in the Principality’s courts and tribunals.

In order to create the most modern and user-friendly site possible, the government has joined forces with LexisNexis Group, a company specialising in legal publishing, along with IT company Sword, who worked on the government legal sites of both Luxembourg and France.

The first version of the new site is scheduled to be launched at the end of 2022.

“It is essential to make the law accessible to all because it naturally governs our daily life,” said Mr Dartout. “Thanks to the necessary funds voted by the National Council, the Prince’s Government intends to offer the latest generation digital tool that will offer a high-performance search engine, new content and enhanced features compared to the current version, in order to better meet the needs of legal professionals as well as the general public.”

It was also announced that the Directorate of Judicial Services would be asked to participate in the revamp of the section dedicated to court rulings.

For Arnaud Hamon, Director of Legal Affairs and the man in charge of the project along with the government’s digital services, “the global overhaul of the Légimonaco site pursues an ambition of more effective dissemination of Monegasque law. Access to the law is essential in a democratic society and contributes to the very notion of the rule of law. The Légimonaco project is also designed in line with the digital transition movement initiated by the Prince’s Government, in the service of the attractiveness of the Principality.”

Photo of the Legal Affairs Department at the Residence of the Minister of State as part of the overhaul of Légimonaco, by Michael Alesi / Government Communication Department