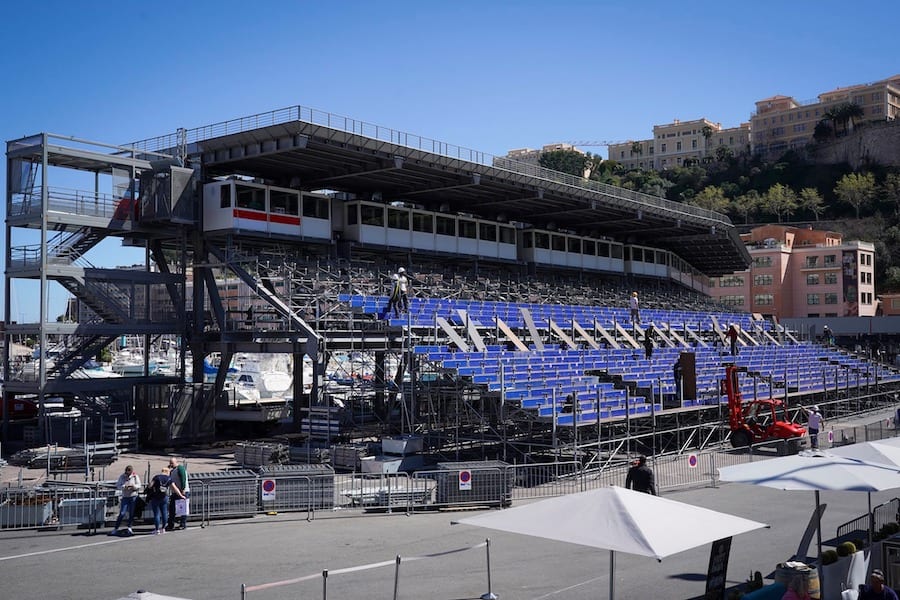 The government says it is pushing ahead with hosting the Monaco Grand Prix this year, as well as the E-Prix and the Historic Grand Prix, with installation of the infrastructure set to begin in a matter of days, including spectator stands.
“After a 2020 year deprived of motor racing on the circuit – the events having been cancelled due to the Covid-19 pandemic – the Principality is resuming its routine and preparing to host three Grands Prix from 23rd April to 23rd May 2021,” said the government in a statement on Wednesday afternoon, adding, “The 2021 edition promises to be exceptional.”
It is a racing trifecta this season, with the world-famous Formula One Grand Prix, the Historic Monaco Grand Prix and the Monaco E-Prix all being held in the same year. Normally, the races are alternated for organisational purposes.
As a result of the full schedule, installation of the circuit, which normally begins seven weeks before the first event, has been brought forward by a fortnight as the Historic Grand Prix is set to take place on 23rd April.
In addition to the annual asphalt resurfacing, works will include the installation of the infrastructure necessary for safety, development, television broadcasts, public reception, and advertising as well as dedicated accesses and public pathways.
The assembly work and related restrictions will begin on 23rd February in the port area and on 31st March in the Monte-Carlo district. The necessary adjustments to traffic as well as parking bans will be implemented and gradually lifted depending on the area.