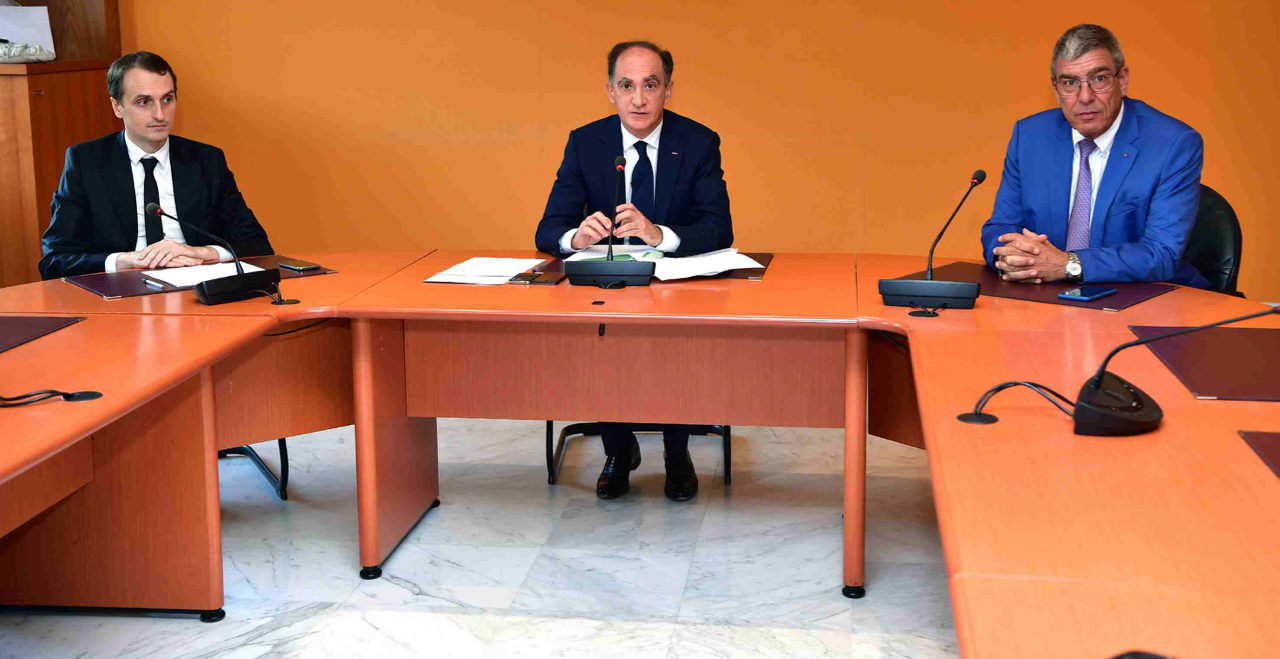 Jean Castellini, Minister of Finance and Economy, Rémy Rolland, Administrator of the Domains, and Albert Croesi, Head of Mission to the Minister of State in Operation Apolline, have detailed continuing financial support for residents of Jardins d’Apolline who have been displaced in order for major remedial work to be undertaken on their apartments.

The government had previously announced measures, which would remain in force in June, July and August offering rents and charges.

At a press conference on Thursday, August 3, the three officials said that from September 1, residents will pay 50 percent of their original rent, while HCC holders will receive 50 percent compensation on the amount of the rent they would have paid had they been tenants.

During the course of the work, the State will propose a solution adapted to each household. For the duration of temporary rehousing, rent and charges will not be paid whether for the apartment at the Jardins d’Apolline or the temporary accommodation. The apartments will be returned to tenants and owners as they are on the original plan.

The opportunity is being given to each tenant to choose temporary accommodation solutions, such as a second home, accommodation with relatives, or rental in adjoining communes. A flat monthly allowance will then be allocated according to the accommodation occupied at the Jardins d’Apolline: from €1,500 for two rooms up to €3,500 for four rooms.

In all cases, the costs of moving and storing furniture will be entirely the responsibility of the State.

More than 200 Monegasque families to be rehoused during Operation Apolline 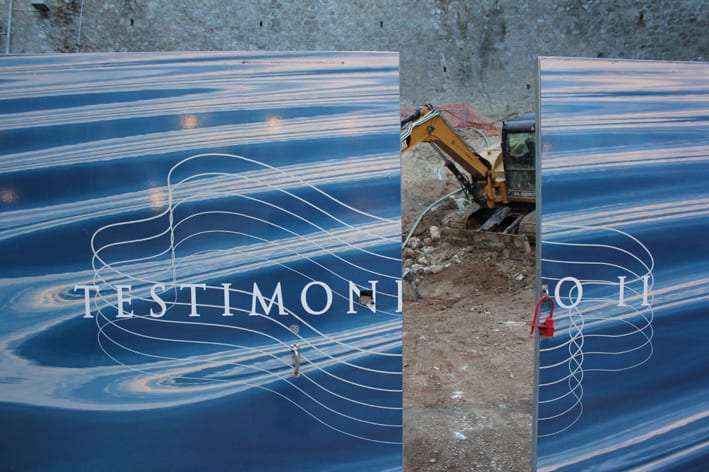 Preparatory work on the major Testimonio II development will start soon and involve major changes to traffic patterns at the eastern end of boulevard du Larvotto. 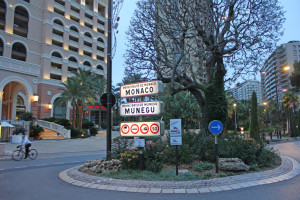 A temporary bridge will be built over avenue Princesse Grace, resulting in a provisional one-way system between the Roccabella and the small roundabout to the right of the Monte-Carlo Bay. Road users travelling towards Monte-Carlo will be diverted to boulevard d’Italie. Access to the Meridien Beach Plaza, the Roccabella and the Summer Sporting will be available only to traffic travelling eastwards towards the French border. However, the car parks for these buildings will be open throughout the work. Three bus stops will be suspended, Plages, Sea Club and the Larvotto terminus. The Plages bus stop, close to the Estoril, will become the terminus for the 5 and 6 bus routes. The 110 airport shuttle will operate normally towards Menton, but the 110 travelling from Menton west to the airport will run along boulevard d’Italie. The diversions will start on Monday, October 24, and last for seven months. The Testimonio II development will involve the building of 150 homes for Monegasques, the relocation of the International School of Monaco, a number of private homes, a new green space, and parking for 700 vehicles. 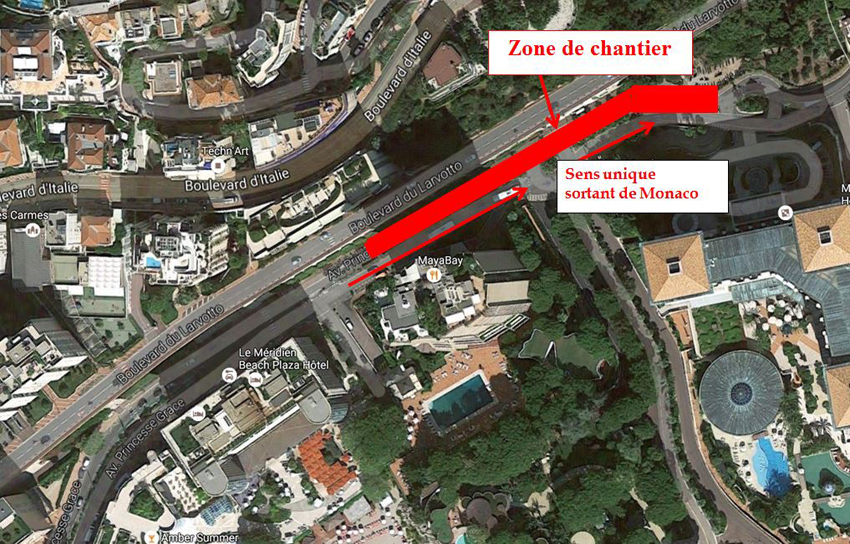 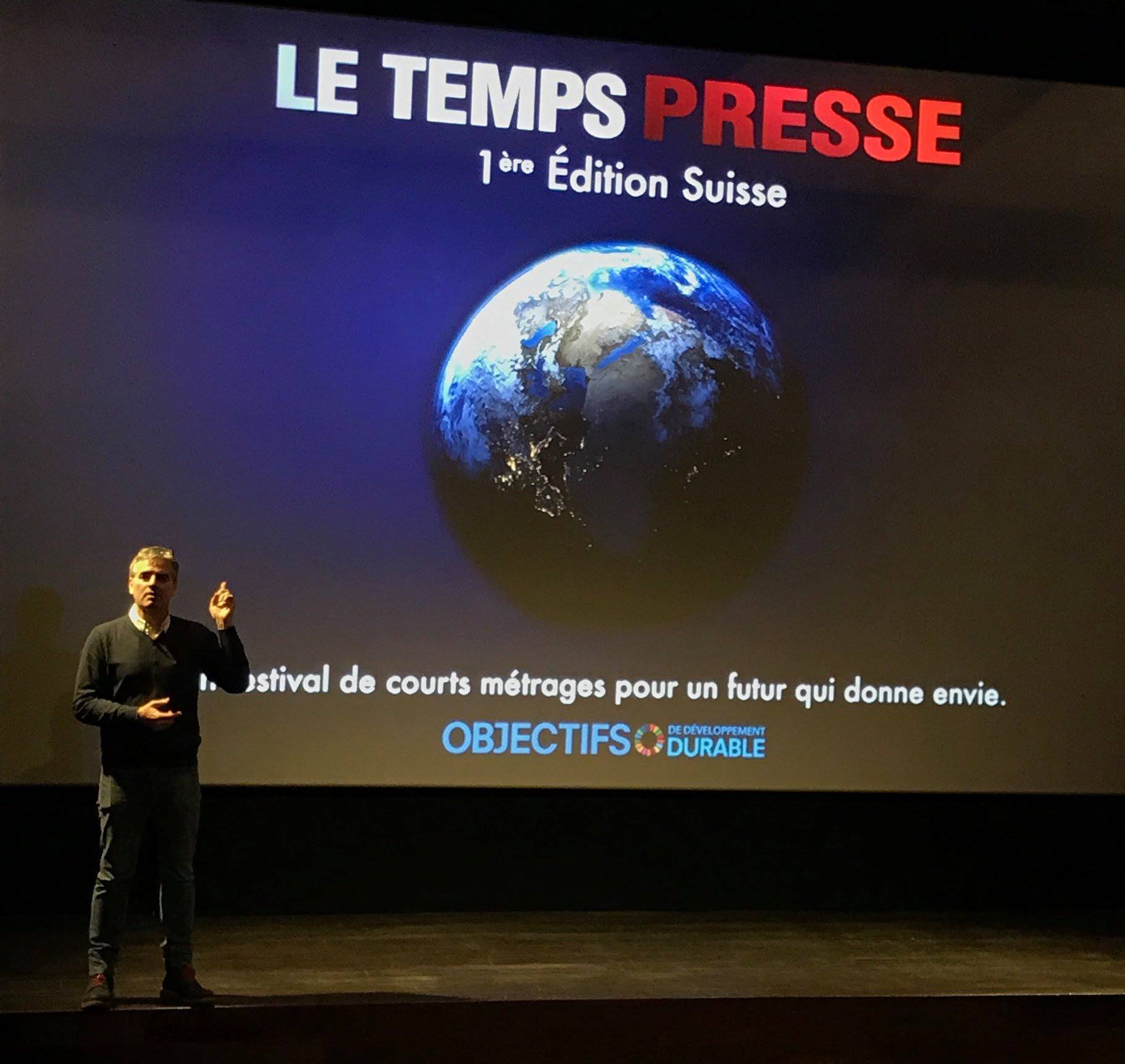 Photo: Facebook Festival Le Temps Presse[/caption] The Festival Le Temps Presse , supported by the Prince's Government since its creation in France in 2011, moved this year to Geneva for the first Swiss edition, which took place February 26-28. This short film competition, part of a committed approach to “citizen cinema”, presents films from around the world, in connection with the 17 Sustainable Development Goals (SDGs) adopted by the United Nations. Each year, Le Temps Presse (Time is Running Out) awards several prizes, including the Student Prize and the Children's Prize, for which the Principality is particularly committed. For the occasion of this first Swiss edition, HE Lanteri, Ambassador, Permanent Representative of the Principality to the UN Office in Geneva, awarded the Students Prize to director Pablo Munoz-Gomez for his film "Kapitalistis", which deals with humour, the absurdness of our society’s consumerism.