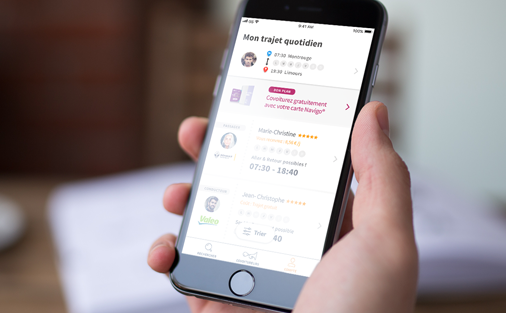 The government of Monaco is looking to help commuters beat the burden of rising fuel prices whilst protecting the environment by renewing its support for Klaxit, a French carpooling app that subsidises travel to the Principality.

According to the government, the majority of trips made into the Principality are by car. As such, traffic, particularly during rush hours, is fierce, air quality suffers, and household budgets are smashed due to rising petrol costs.

As a way to lessen the worries of all three factors, Monaco is again subsidising a carpooling solution via the Klaxit app, in line with its aim to reduce current car traffic to 1990 levels by the year 2030.

Sponsored by the Extended Monaco programme, some 50,000 employees working in Monaco, as well as causal visitors, can benefit from rides into and out of the Principality. Passengers are offered rides, regardless of distance, and drivers are compensated according to the distance travelled, the number of trips and the number of passengers.

This system allows costs to be split two or three ways and as a bonus, makes for a sustainable and ecological way to commute.

Since September 2020, all carpooling trips made on the Klaxit application with the Principality as their origin or destination have been subsidised. In concrete terms, drivers can receive up to €3 per trip and per passenger, or €120 per month by carpooling regularly. On the passenger side, journeys are financed by the State, regardless of the distance travelled.

This is no small thing considering recent rises in fuel prices, one not lost on local commuters. In March 2022, nearly 4,000 journeys were sponsored. This is three times more than in March of the previous year, a figure that shows a growing interest in this type of travel.

Klaxit also highlights that carpooling can be enjoyable, offering a chance to meet new people and make friends. They even offer incentives to new members. In addition to State funding of passenger journeys and to encourage drivers to take the first step, the app offers two exclusive “helping hands” to get started.

The first is a €20 gift card for every driver making their first carpool journey on the app, and the second is a sponsorship offer giving €10 to the sponsor and €25 for each person the sponsor signs up. This comes in the form of a €20 gift card after the first trip as driver, as well as a bonus €5 at the end of the new driver’s sixth voyage.

Klaxit has been around since 2014, when Julien Honnart and Cyrille Courtiére first founded the company. They have since used company support to create networks as well as help from local authorities to subsidise trips. The app has raised more than €4 million through Via ID, RATP, Sodexo, MAIF and Aviva Impact Investing France (Inco).