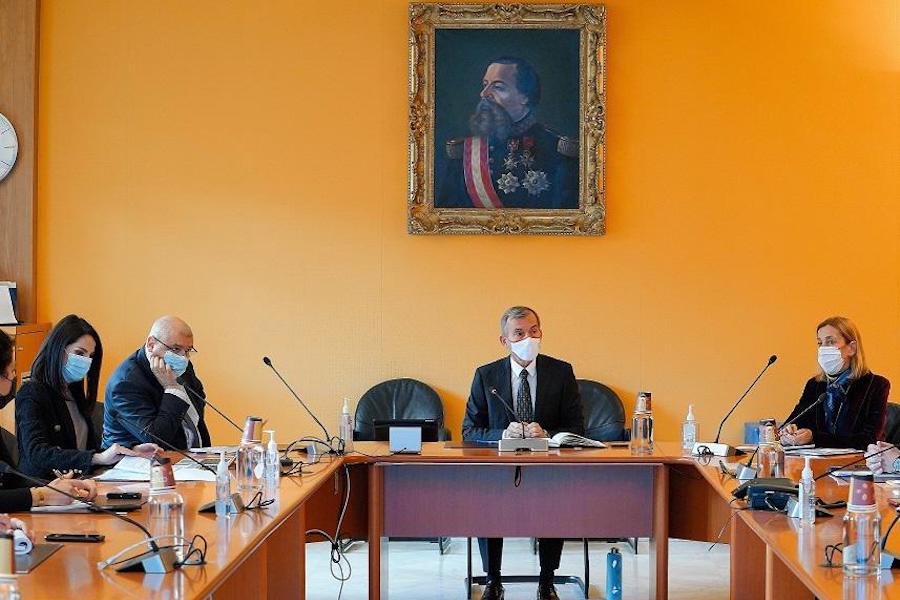 Monaco’s Minister of Social Affairs and Health, Didier Gamerdinger, has unveiled the governments new five-year mental health agenda, a plan that will encompass 53 specific actions and lead to new recruitments, premises, and equipment.

The plan, revealed in early March, covers three themes: the promotion of mental well-being, the guarantee of coordinated care avenues, and the reintegration of people into society who are recovering from mental illness, be it short or long-term.

The focus is on mental health, psychological balance and well-being. Running five-years from 2022 to 2027, it will encompass 53 points of action all subdivided under the three themes.

“It is a written mental health plan, but what is important to me is what is written below – psychological balance and well-being, because mental health is already a bit stigmatising,” said Didier Gamerdinger. “Our society must make it imperative to pay attention to all of its members and, above all, to the needs of the most fragile.”

He went on to remind people of the importance of keeping an eye on their neighbour, saying it was “the duty to be attentive to these situations of ill-being, to detect them, take charge of and participate in the reintegration of patients without judgement.”

Alexandre Bordero, director of Action Sanitaire, Virginie Van Klaveren, principal administrator within Action Sanitaire, and Dr. Valérie Aubin, head of the psychiatry department of the CHPG, joined the minister for the announcement.

“This plan symbolises a commitment from the government and will require major resources: recruitment of 20 to 25 caregivers, premises, and equipment,” said Dr. Aubin. “We will obviously prioritise these needs in the years to come and I hope that we will be supported by the entire government so that this does not remain a list of pious wishes, but so that we can carry out these essential actions.”

Much is already in place to turn the plan into a reality.

“In terms of care, we have an extremely efficient hospital and extra-hospital system that takes care of more than 500 patients a year,” Dr Aubin went on to explain. “We have 56 hospital beds, with an occupancy rate between 90 and 95%, apart from the last two Covid years which have disrupted society as a whole.

“There is also the extra-hospital unit, La Roseraie, which only takes care of residents of the Principality, with 150 chronic patients under 60 and around 100 over 60. The psychiatric and psychological problem also exists in Monaco, and it is extremely present.”

However, the specialist recognises that improvements are possible in “long-term care and reintegration”.

The plan addresses some things that had been parked for one reason or another for years, such as the creation of an addiction care liaison team, in the hopper since 2012 and finally being realised. This has been fast tracked after the release of a report by ESHAD, listing addictive behaviours in secondary school students in the Principality.

“We have made progress in terms of binge drinking and tobacco consumption, on the other hand, we remain among the biggest consumers of alcohol, cannabis, first in the use of electronic cigarettes, and among the highest users of social networks and money betting,” Princess Grace Hospital’s Head of Psychology declared.

When the pandemic struck a year later, a whole raft of new conditions came to the forefront.

“We are seeing an explosion of anxiety disorders, depression, excessive use of social networks, and great difficulty in limiting access to screens. At the CHPG, with regard to the team in charge of adolescents, activity doubled between 2020 and 2021.”

Mental illness affects roughly 20% of the global population, and 60% of mental disorders begin before the age of 21, so attention to children’s health care is seen to be a priority.

To that end, a child psychiatry day centre in Beausoleil is due to open soon. This Franco-Monegasque project provides for 35 places for long term care, including 17 reserved for children residing or attending school in the Principality.

Additionally, amongst the flagship actions are the development of the expert-patient, defined as people living with a long-term health condition who take more control over their health by understanding and managing their conditions, leading to an improved quality of life. Becoming an expert-patient is thought to be empowering for people with chronic conditions.

Lifestyle & Wellbeing Cassandra Tanti - February 10, 2022
The National Council has called for the scrapping of the harshest Covid rules in Monaco, arguing that the government is less reactive in lifting restrictions than it is in implementing them.

Lifestyle & Wellbeing Stephanie Horsman - June 15, 2022
The Women World Leaders of Monaco made a huge €40,000 donation to benefit both the Princess Grace Hospital and the Cardiothoracic Centre’s fight against cardiovascular disease.