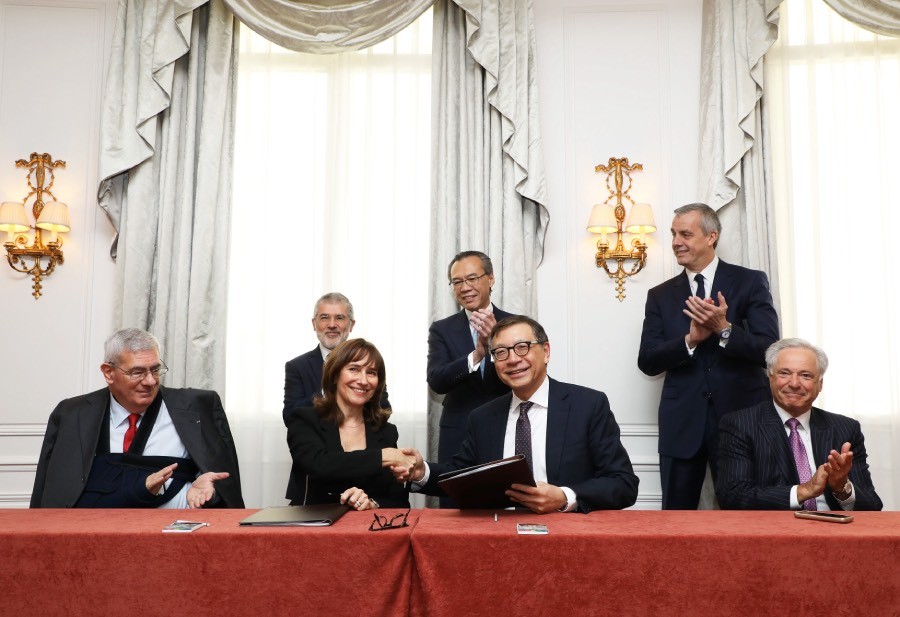 The Grimaldi Forum Monaco is continuing its policy of roaming exhibitions abroad, this time signing a new partnership with Macau. The deal will see the new ‘Grace Kelly, from Hollywood to Monaco’ exhibition displayed at the heart of a resort dedicated to high-end leisure tourism.

On 22nd February, at the Hermitage Hotel, the Grimaldi Forum Monaco (GFM) and Macau’s Galaxy Entertainment Group (GEG) joined hands in their first ever art and cultural collaboration.

The Galaxy Entertainment Group Foundation unveiled its ambition to become engaged in the promotion of art and culture by producing, for the first time, a cultural exhibition detailing the life story of Grace Kelly, from being an actress to becoming the Princess of Monaco, and includes a special exhibit dedicated to the Grimaldi dynasty and artists’ tributes with their work inspired by Grace Kelly. For its part, the GFM formalised a new step in its policy of roaming exhibitions abroad.

The ‘Grace Kelly, from Hollywood to Monaco’ exhibition, which was made possible with loans from the collections of the Prince’s Palace of Monaco, will be hosted from 15th May to 28th August 2019 in an exhibition gallery specially created for this purpose and located in the heart of the Galaxy Macau™ complex.

‘Grace Kelly, from Hollywood to Monaco’ combines two previous productions: ‘The Grace Kelly Years’, created in 2007, whose tour raised Monaco’s profile around the world for over 10 years and, ‘Princes and Princesses of Monaco. A European Dynasty’, presented in Beijing’s Forbidden City in 2018. Its curator, Thomas Fouilleron, Director of the Archives and Library of the Prince’s Palace of Monaco, takes up this new challenge. The GFM is responsible for its scenographic design and logistical implementation.

The cultural memorandum of understanding was signed jointly by Henri Fissore, President and Sylvie Biancheri, Chief Executive Officer of the Grimaldi Forum on the one hand, and Francis Lui, Vice Chairman of GEG and its Foundation, and Michael Mecca, Non-Executive Director and Senior Advisor of GEG , on the other.

The signing ceremony took place in the presence of Patrice Cellario, Government Counselor-Minister of the Interior, of David Tomatis, Advisor at the Sovereign Prince’s Cabinet and of Jean-Louis Masurel, Managing Director of the Société des Bains de Mer, of which the GEG is a shareholder since July 2015.