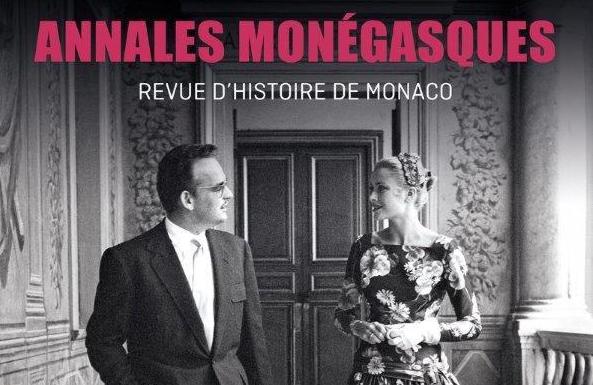 As the year of what would have been Princess Grace’s 90th birthday draws to a close, the Prince’s Palace, in conjunction with the Palace Archives and the Monaco Audio-Visual Institute, have released a retrospective on the first meeting of the legendary couple.

The meeting of Grace Kelly and Prince Rainier III in 1955, and the fairy-tale courtship and marriage that followed, is a universal legend. In October, the State Apartments of the Prince’s Palace opened their doors to an exhibition of photographs highlighting that meeting, and one of those iconic snaps has made the cover of the 43rd edition of the Monegasque Annals.

In addition to the coverage of the Prince and Princess, the 50-page work covers other notable periods in the history of the Principality including the sale of the seignory of Grimaldi to the Dauphin of France in the medieval period, art lover Prince Honore II’s personal correspondence and an artistic study on the Faberge egg acquired by the Prince’s collection in 1974.

More modern history also gets a nod, incorporating the history of the Salines Cemetery, Albert I’s role in crucial oceanic scientific research and centres at the end of the 19th and early 20th centuries, a retrospective on the life of Scotsman and author Robert W. Service and his contribution to creating the glamorous and luxurious worldview of Monaco in the 1920’s, and finally the role of Claude Kemoularia, Rainier III’s advisor who was instrumental in resolving a potential crisis between the Principality and Greek shipping tycoon Aristotle Onassis.

The Monegasque Annals are on sale now for €30. For more information go to www.annales-monegasque.mc