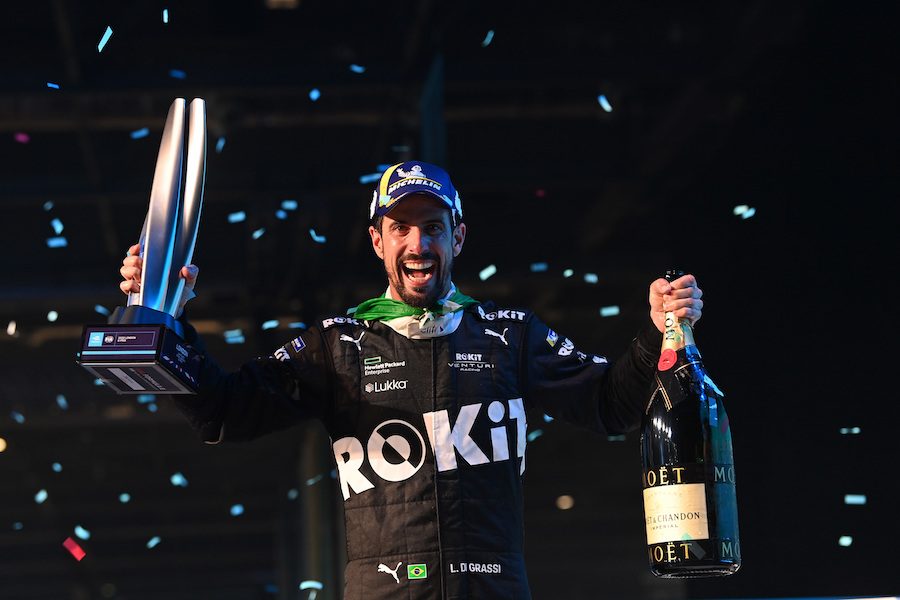 Monaco’s ROKiT Venturi Racing rounded off a difficult weekend in the English capital with a win in Sunday’s ePrix, however Edoardo Mortara now finds himself cut adrift in the championship battle.

It is what preceded Sunday’s win in London that is of concern to ROKiT Venturi and what leaves them with ground to make up in the Formula E constructors’ standings. The team have Lucas Di Grassi to thank for his contribution, which keeps them in the running.

Swiss driver Mortara, who has looked one of the favourites for the title, now finds himself 41 points off championship leader Stoffel Vandoorne with just two rounds remaining. The Venturi driver failed to score a point over the race weekend, leaving him with a lot of work to do in Seoul.

Having sustained damage on the first lap of Saturday’s race, Mortara was forced into the pits, and from there he couldn’t recover. However, Venturi did salvage a handful of consolation points thanks to a stellar drive from Di Grassi, who fought from the back of the grid to finish ninth.

Mortara’s miserable weekend continued on Sunday. Having qualified 17th, he couldn’t fight through the field to reach a point-scoring position. Di Grassi continued to impress, however, and qualified second for the race.

The Brazilian controlled the race from start to finish to take his first victory for Venturi and the 13th of his Formula E career. Unfortunately, it is too late for him to mount a title charge, but the points haul keeps his team in contention for the constructors title.

Team principal Jérôme D’Ambrosio was in a bullish mood post-race: “It was a fantastic race today (Sunday) – awesome drives in qualifying and the race from Lucas to achieve his first, and well deserved, win for the team. Unfortunately, it didn’t go Edo’s way today, but that’s Formula E and I have no doubt that he will come back fighting in Seoul. Most of all though, I am incredibly proud of the team – yesterday was a very difficult day and today we showed once again what we’re made of. We won’t stop fighting until it’s over.”

Mortara and Venturi go into the final weekend in mid-August with everything still to fight for, even if they face an uphill battle.