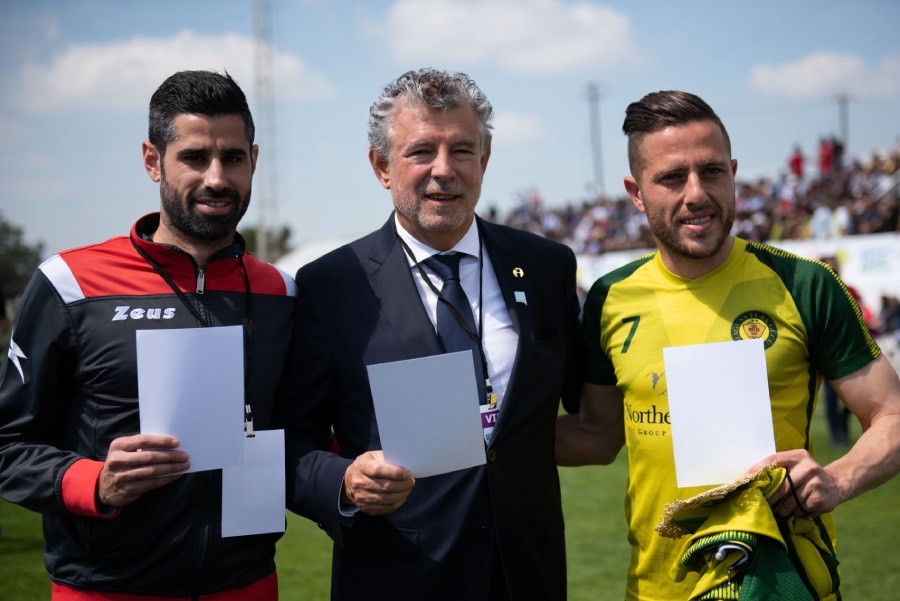 The Friendly Football Day, organised by the Monaco-based Peace and Sport, in partnership with the Stelios Philanthropic Foundation, has been hailed a success. The event brought together Nea Salamina Football Club and the Mağusa Türk Gücü Football Club in a symbolic match in Pyla, on the island of Cyprus, to foster dialogue and cooperation between the Greek Cypriot and the Turkish Cypriot communities through sport. 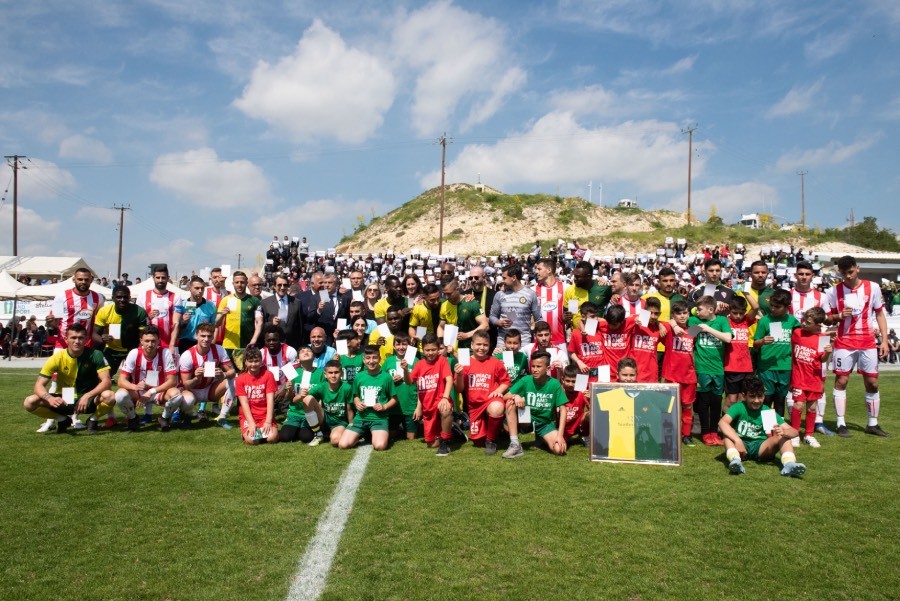 The event was the second of its kind in 64 years, inviting fans from the Greek Cypriot and the Turkish Cypriot communities to rally around the positive values of football. In partnership with the Stelios Philanthropic Foundation, the Friendly Football Day gathered children, clubs, families, athletes and leaders of both communities.

In the presence of football star and Vice-President of Peace and Sport Didier Drogba, Sir Stelios Haji-Ioannou, Elizabeth Spehar, Special Representative and Head of the United Nations Peacekeeping Force in Cyprus, Nicos Anastasiades, leader of Greek Cypriot community and the two local leaders from both communities in Pyla Veysal Güden and Simos Mitides, the two teams played against each other in the first half of the game. For the second half of the game they played in mixed teams to demonstrate bi-communal cooperation.

“Today, we are celebrating the diplomatic power of sport,” said Joël Bouzou, Peace and Sport President and Founder. “Sport is a neutral language that has the capacity to bring people together. Pyla is one of the two remaining bi-communal villages of the island. It is very symbolic to hold an event aimed at fostering bi-communal dialogue and intercultural exchange in such a place.”

“Today, on Friendly Football Day, we celebrate the uniting power of sport, and Peace and Sport want to send a message from Cyprus. A message of peace, of hope and of solidarity,” said Didier Drogba

“We are looking at sport as a way to bring people together, to eliminate barriers and to cement reconciliation,” said Elizabeth Spehar, Special Representative and Head of the United Nations Peacekeeping Force in Cyprus. “We are very proud to be part of this event organised by Peace and Sport here in Pyla.”

Peace and Sport is an organisation anchored in the neutrality of Monaco that uses sport as a tool to gather people, athletes and officials in order to foster dialogue and cooperation. Peace and Sport is actively engaged in the promotion of sport diplomacy events. Last year, the organisation helped to bring together North Korea and South Korea athletes in mixed teams at Liebherr 2018 World Team Table Tennis Championship and the PyeongChang 2018 Olympic Winter Games.

The Stelios Philanthropic Foundation’s mission is to support a diverse range of charitable activities, primarily in places where the founder has lived and worked – the UK, Greece, Cyprus and Monaco.