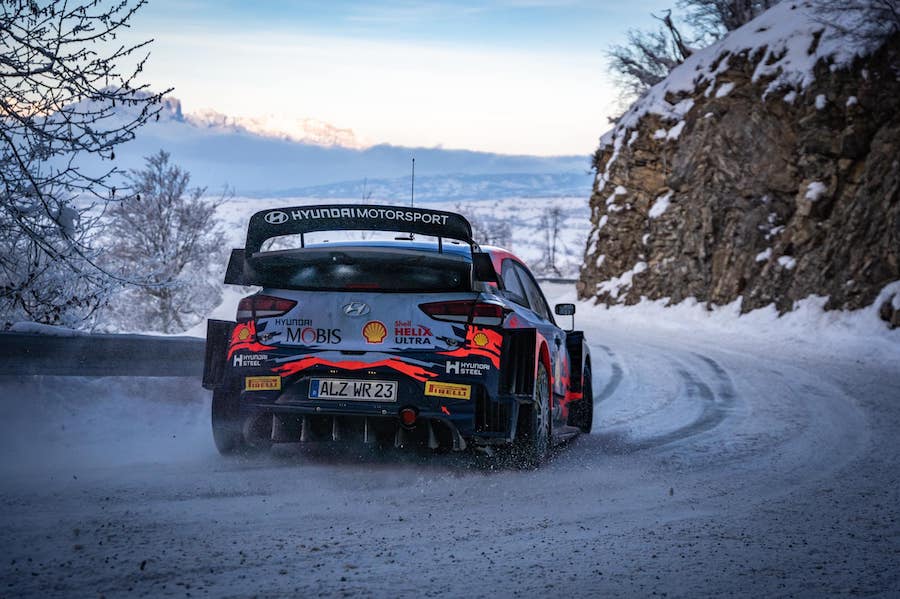 The 89th Monte-Carlo Rally is underway amid tough restrictions – no spectators, strict adherence to France’s 6pm curfew, and blanket Covid testing for all involved.

Martine Clavel, Prefect of the Hautes-Alpes, on Thursday issued an order authorising the 89th edition of the Monte-Carlo Rally in the department from 18th to 24th January, following similar decisions taken by the prefectures of the other departments crossed – Alpes de Haute-Provence, Drôme, Isère and Alpes-Maritimes, as well as the favorable opinion of the Departmental Road Safety Commissions.

“It’s excellent work that has been carried out with the Automobile Club de Monaco. The professionalism of this organiser allows the first round of the WRC world championship to take place in conditions of health safety which are essential for everyone,” said Martine Clavel.

Monaco’s Espace Léo Ferré screening centre was opened uniquely on Sunday for the marshals and members of the Automobile Club of Monaco (ACM). More than 500 PCR tests were carried out in order for the 89th Monte-Carlo Rally to take place.

Another condition that had to be met is that fans would not be able to watch this year’s event from the sidelines. Hundreds of race marshals and police will be deployed along the route to ensure there are no groupings of people.

“In order to fight the worldwide Covid-19 pandemic, the Organising Committee of the 89th Monte-Carlo Rally – in agreement with the FIA, the Promoter of the World Rally Championship (WRC) and all the local authorities involved – has decided to allow no spectators whatsoever on and around the event. It will be organised behind closed doors, as was the case in Turkey and Sardinia at the end of the previous season,” said the ACM in a statement.

Meanwhile, the event schedule has been reorganised to respect the 6pm curfew in force.

The Automobile Club of Monaco has announced that the special stages can be followed live on www.amc.mc, on the WRC+ app and on official social networks. The national (Canal + and Radio France) and local (Dauphiné, Alpes 1 and D! Ci TV) media are also partners of the event.

The 89th Monte-Carlo Rally will kick off from Gap on Thursday 21st January at 1:10pm.

Local News Stephanie Horsman - September 1, 2021
The Principality is mourning the loss of two of its firefighters who were killed in a tragic road accident on the RD6202 near Puget-Théniers on Tuesday afternoon.

Nice Carnival roaring back to life in...

Local News Stephanie Horsman - October 18, 2021
After a year-long postponement due to the pandemic, the Nice Carnival will be back in 2022 under the theme ‘King of the Animals’, with the promise of more of just about everything.