The National Council has passed a long-awaited bill allowing the SBM to chase bad debts incurred at its casinos – a move which could already put millions back into the coffers of Monaco’s largest employer.

The days of bad-luck gamblers walking out on debts owed to the casinos are over with the passage last week of Bill 1019 unanimously passed by the National Council.

The bill, which casino operators Société des Bains de Mer (SBM) has long asked for, protects the casinos by amending an article of the civil code that formerly stated that no recovery action for bad debts to the casinos could be undertaken against those who took out loans, so long as they could prove the loans were granted in order to gamble.

The altering of this code enables the casinos to retroactively go after debts owed from as long ago as five years.

“We all know when the SBM is going through a difficult period because its activities are at the heart of the sectors most affected by the current global crisis,” said National Council President Stephane Valeri of the new legislation. “The National Council is contributing this evening to adapt the legislation to allow the Principality’s leading company, through its historic core business of the games, to better recover the debts of debtor customers. The sums potentially concerned can amount to several million euros. This new possibility of finding these amounts in the company’s coffers is good news for managers and employees of the SBM.”

Formerly, those wishing to extract credit from the casinos would go to the Société Financière d’Encaissement (SFE), an entity separate from SBM. Gamblers were granted guarantees in the form of a signed ticket, but the casinos had no recourse if gamblers decided to skip out on debts, leaving them with losses out of their control to recuperate.

SBM has been in the midst of some financial struggles of late, and the new bill is a good way to help them refill their coffers and get back on their feet.

Like the rest of his colleagues, National Councillor Franck Julien was behind the change, saying, “I am satisfied with the responsiveness of the government, which tabled this bill today more than necessary. Since then, the economic and social context of the company has deteriorated sharply because of the Covid-19 crisis. It is therefore timely that this law will intervene, in order to equip society with new tools and to recover sums which may in certain cases be particularly important.”

Business & Finance Stephanie Horsman - March 29, 2021
Richard Marangoni has been appointed as the new Controller General of Public Security, being promoted after five years as Director where he oversaw massive reforms in the department. 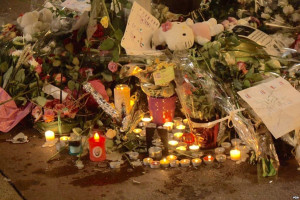 Soloists from the Monte-Carlo Opera will perform at the special memorial service in the Sainte-Reparate Cathedral in the heart of Nice Old Town on Monday. Proceeds from donations at the concert will be passed to associations supporting the victims of the Bastille Day atrocity in Nice. The soprano Elizabeth Vidal, teacher of singing at Nice Conservatory, and whose father is Spanish and mother British, will sing accompanied by organist Stephane Eliot, while the Monte-Carlo soloists will stick by their original programme of music from well-known movies, including The Good, the Bad and the Ugly, Back to the Future, Indiana Jones and Star Wars. The florists of Cours Saleya will hand out flowers at the entrance to the Cathedral for those who attend to lay their own personal floral tributes to the 84 people who lost their lives in Nice on July 14, and in memory of Father Jacques Hamel, assassinated in his church in Normandy on Tuesday last week. The service will start at 8:30 pm amid heightened security.