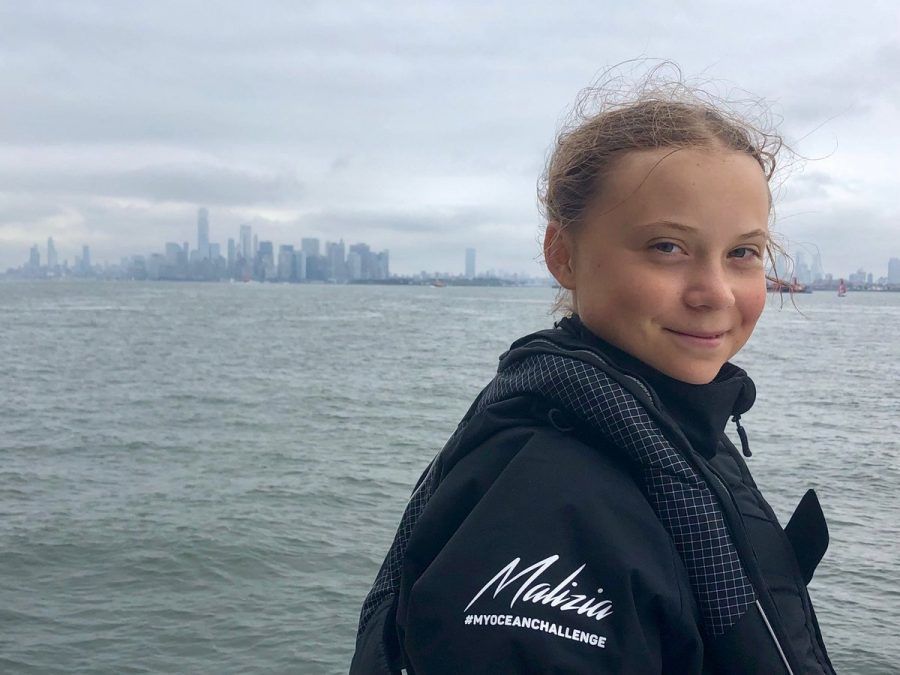 After 3,000 nautical miles (5,556km) and two weeks, the Malazia II, a zero emissions sailing yacht carrying the 16-year-old Swedish environmental warrior and skippered by Pierre Casiraghi and Boris Hermann, fulfilled their mission of crossing the Atlantic leaving no carbon footprint.

The trip began on 14th August from Plymouth and was marked by rough seas with winds whipping up to 30 knots, several cold fronts and some minor situations arising. Other discomforts included the fact the boat had no toilet or shower facilities and the crew lived on freeze-dried food during the crossing.

Greta’s father Svante Thunberg and documentary filmmaker Nathan Grossman were also on board.

An emotional Pierre Casiraghi sent a message minutes before landing on Wednesday, commending “The courage and determination of Greta, who behaved exceptionally well on board Malizia II, despite extreme living conditions, and thank you to the Prince Albert II of Monaco Foundation and all the support we received during this great adventure across the Atlantic.”

Malizia II was met by a throng of supporters and media at a marina near the southern tip of Manhattan. Supporters chanted “welcome Greta” as the Swedish teenager stepped off the yacht, shook some outstretched hands and said that it felt like the ground was shaking beneath her feet.

Thunberg is in New York City participating at the United Nations climate summit, before making a tour of the United States and Canada, then will be heading to Chile for the COP25 conference in November.

She said that her journey to New York on a solar-powered yacht was symbolic of the lengths young people will take to confront the climate crisis.