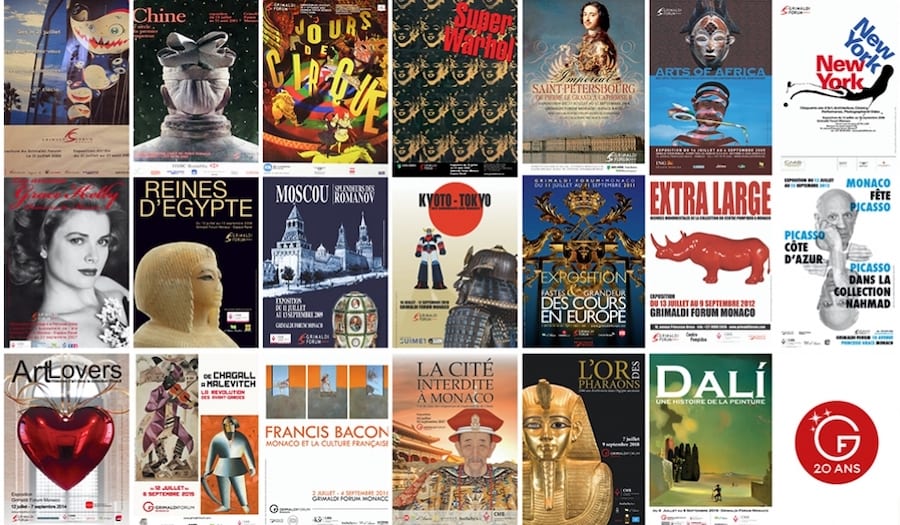 For the Grimaldi Forum’s 20th anniversary year, Monaco’s conference and cultural centre is broadcasting a video series highlighting the best summer exhibitions from the past 20 years.

The Grimaldi Forum is known for its fantastic events and this retrospective is no exception. It will cover the exhibits that have stood out over the years, allowing those who missed them to have the opportunity to see them, and for those who did see them, a chance to re-live them.

A new episode of the 20-part series will be broadcast every week on the Grimaldi Forum’s website and social media pages.

The series begins with a taped interview with Catherine Alestchenkoff, the Cultural Events Director of the Forum.

The first episode is from an exposition that ran from 21st July to 27th August 2000 entitled ‘Air-Air’. This inaugural exhibit was dedicated to inflatables and kicked off the Forum’s first public opening.

Other expos that will be covered include a Grace Kelly retrospective, a Warhol exhibit, an Arts of Africa event, a history of Dalí’s works, and a display of objects from the royal courts of Europe.