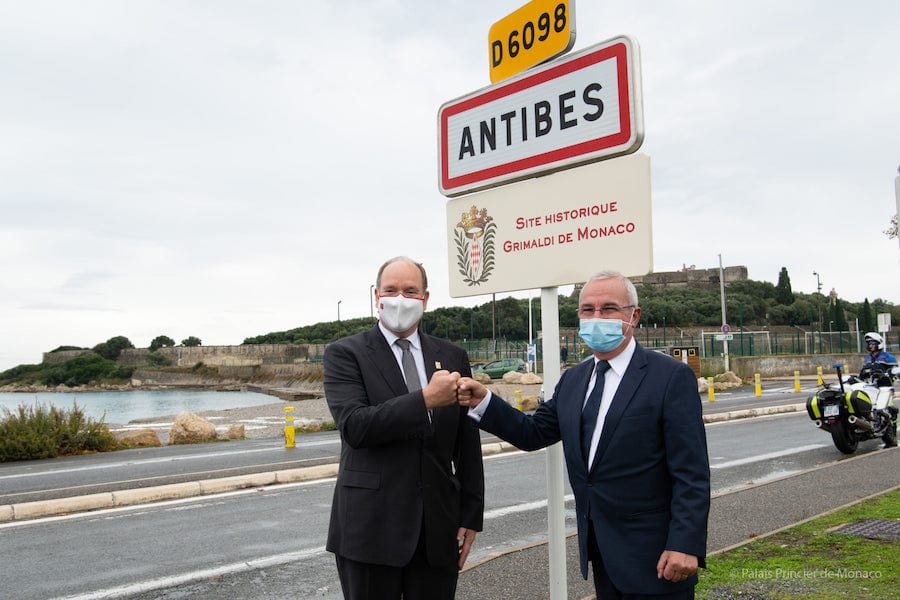 Antibes Mayor Jean Leonetti met Prince Albert II on Monday, 26th October for the official unveiling of the plaque situated across from Fort Carré, one of the town’s most iconic sites. The plaque shows that Antibes is now part of the Grimaldi Historical Sites of Monaco network.

After the unveiling ceremony, the Prince then visited the Picasso Museum in old town Antibes, which was once a Grimaldi-held castle, to view medieval parchments he was involved in acquiring for Antibes’s municipal archives. These documents provide a clear picture of the Grimaldi family’s possession of the city and castle around the end of the 14th century.

Museum Curator Jean-Louis Andral then took the Prince around the museum to show him the permanent and temporary exhibitions.

Both the Prince and the Mayor expressed hope that these historical links could pave the way for future ones as well.