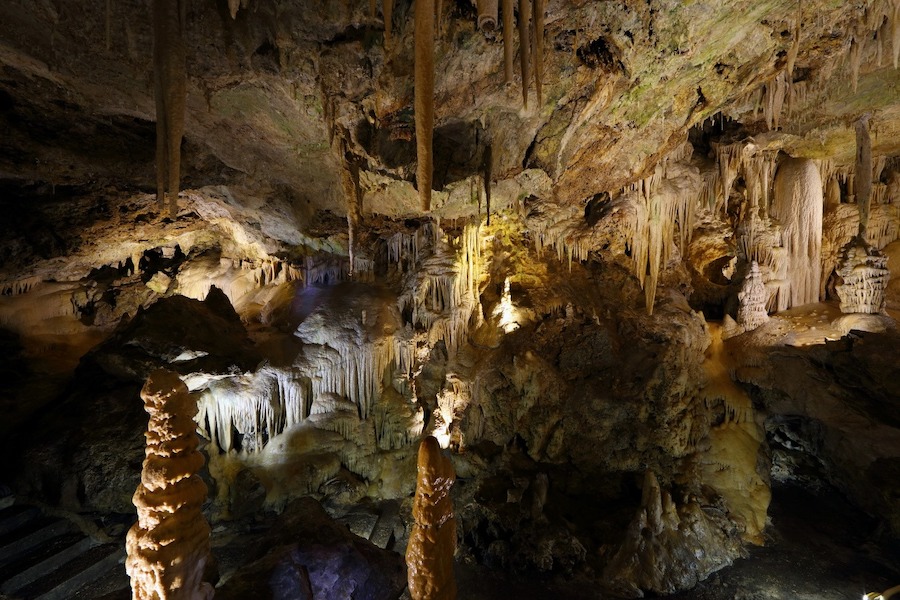 The archaeological site under the Exotic Garden, the Observation Cave, will be closed to the public indefinitely due to security works.
At the bottom of the Exotic Garden’s cliff, the Observation Cave – named because of the former presence of a little astronomic observatory – opens an underground cavity specially equipped for visits.
The limestone rock, dug by water full of carbonic gas, is sprinkled with ornate caverns: stalagmites, stalactites, draperies, columns, spaghettis… it has been a hit with tourists for many years now.
Normally, specialists conduct guided tours of the cave, which goes almost so far as sea level and is often studied by local speleologists.
Bone fragments of the animals consumed by prehistoric men here are just some of the exciting finds in the caves.
But due to security works, the Monaco City Council has announced that the Observation Cave will be closed indefinitely. The Exotic Garden and the shop remain open.