Within days of IRMA unleashing her anger across St Barts on September 5, 2017, Gustavia Yacht Club stepped up to provide much needed financial help to those who had been hardest hit by the Category 5 hurricane.

The Club’s Commodore, Sir Stelios Haji-Ioannou, had asked the Club’s bankers in Monaco (CFM Indosuez) to set up a special ring-fenced sub-account in the name of the Club with the designation “St Barts – Hurricane IRMA disaster relief fund”.

The Stelios Philanthropic Foundation was the first one to donate, a generous €100,000, to the disaster relief fund and 45 Club members and friends of the island soon after contributed to the cause.

In total, €189,718 was raised during the IRMA appeal, with €190,485 being dispersed to fund 18 “worthy causes” by decision of the Executive Committee of the Club (Sir Stelios with Ken Griggs and Gustavo Riccobon) and under the watchful eye of the full Board of Directors.

Donations raised helped to fund a new fire truck for the Association Amicale des Sapeurs Pompiers, helped to help rebuild the Ecole Ste Marie and College St Barthelemy, paid for emergency equipment and materials distributed to population, to support the horses on the island via the association Galop des Iles, paid for Rehabilitation of Public gardens by the Rotary Club, bought musical instruments for Saint Barthelemy Harmony, assisted various associations and clubs (Association des Jeunes-Surf Club, St Barth Handicap Association, Athleticism Association and Saint Barth Tennis Club), made a donation the Saint Marteens Yacht Club and various owners whose homes were destroyed or damaged, and, paid for Christmas parties for children and families.

“We are delighted to report that the island is well underway towards making a full recovery from IRMA and we would like to wish everyone a happy and prosperous 2018!” the Club’s Commodore wrote to Gustavia Yacht Club members. 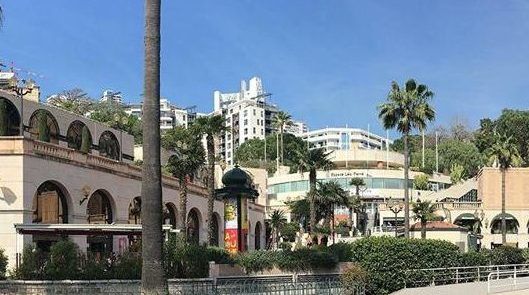 Photo: Facebook Carrefour Monaco[/caption] Monaco’s Commercial Trade Union, affiliated to the Union of Trade Unions of Monaco, has reacted with indignation to the announcement of a plan for voluntary redundancy at Carrefour outlets, local French-language daily Monaco-Matin reports. The CEO of Carrefour, Alexandre Bompard, has said that thousands of jobs will go across France as the company strives to cut operating costs. No specific cuts have been announced for the Monaco store in Fontvieille, but the Union said that the workforce is declining steadily, even though the Monaco branch of the French chain is the most profitable store per square metre of the entire Carrefour France group. The Union blames the nationwide job cuts on the recent reform of the French labour laws, and expressed its support for Carrefour employees across France.

It was September 2016 when the Crocodile Rocker put on a spectacular show at the Monaco Yacht Club. The “Blue Wonderful” concert, a co-production between Ferretti Group and the Yacht Club de Monaco, opened the Private Preview weekend, during which Ferretti Group presented its whole fleet, including six world première models, effectively kicking-off the two big luxury yacht meetings. This time, Sir Elton – the award winning singer-songwriter who has 8 Grammys, 1 Oscar, a Tony and three of his albums have been inducted into the Grammy Hall of Fame – is playing at the Grimaldi Forum on Wednesday, December 6, starting at 8 pm. Tickets, from €294 to €497.50, are still available (at the time of publication). He has played and sung with the biggest names including John Lennon, Eric Clapton, Tina Turner, Celine Dion, George Michael, Rolling Stones, The Who, Queen, Sting. He remains a reference and inspiration for a whole new generation of artists. With his latest album "Wonderful Crazy Night," the 70-year-old returns to his basics and offers the pop music of his earlier years.