Just when you thought Monaco, where every third person is a millionaire but money still can’t get you into the most exclusive parties, couldn’t become any more enviable, in sail Gustavia Yacht Club members, returning after their first long winter’s stay in St Barts.

It was only nine months ago that the Gustavia Yacht Club started accepting membership applications even though the clubhouse had yet to open, and low and behold, 125 people signed up on spec before the opening in November 2016. Today there are 250 members, 70 of whom are Monaco residents, and an impressive list of sponsors: Sibarth, IYC International Yacht Corporation, Boutsen Design, Château d’Esclans, Veuve Clicquot and Jamis Bikes.

For mere mortals, this overnight success would seem an impossible feat in such a short period, but Sir Stelios, who created Gustavia Yacht Club with some friends, is not just anyone.

Commodore Stelios may have wondered whether he’d be spending the winter alone in the 100 sqm triplex, but it turns out the Clubhouse has become a hotspot within the St Barts eco-system. And that’s not easy in St Barts, where New Year’s Eve revellers are willing to spend $6,000 a pop, for just a chair at Nikki Beach – not including one nibble or drop of drink.

It would be hard to go cold turkey after the first Gustavia Yacht Club season in St Barts, so when Sir Stelios returned to Monaco he recently hosted a little shindig chez lui for 50 members, to celebrate the start of the season and to showcase a selection of the Club’s bespoke luxury merchandise by Bousten Design, as well as classic items, including sunglasses and the official Club tie, one for daytime and for evening, on sale on the night. 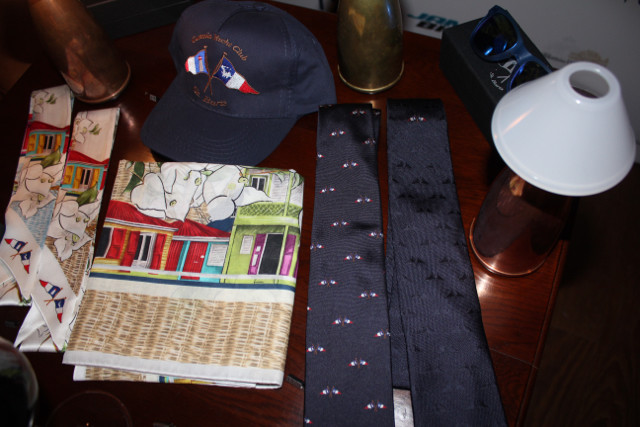 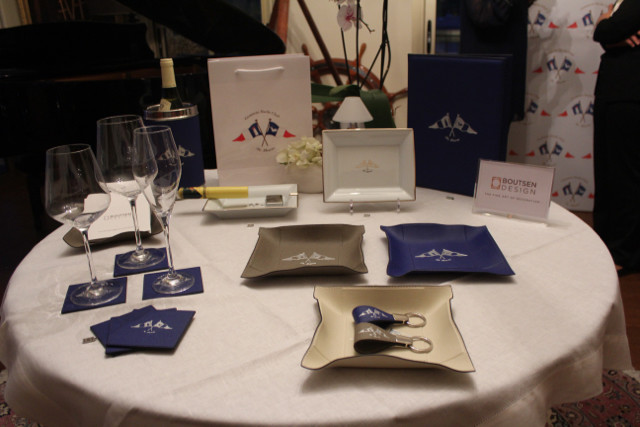 The cocktail dînatoire à la Stelios, where plenty of tales of the Buckets and who-frequented-whose-yacht were backed up by iPhone videos, was also an opportunity to spread the word that Gustavia Yacht Club and the Monaco Yacht Club have worked out an informal reciprocal arrangement whereby members can visit each other’s club for two weeks a year. According to inside sources, YCM members have wasted no time to head to St Barts to check out the Gustavia clubhouse.

Anchoring Gustavia Yacht Club even more firmly in the Monaco social scene, a series of Club events have been fixed in the French Rivera summer calendar: Pre-Grand Prix get together Les Voiles d’Antibes (May 31st to June 4); Stelios Philanthropic Foundation fundraiser in aid of the WWF with the Foundation of Prince Albert II (in July); Monaco Classic Week (September 13 to 17); Regates Royales Cannes (September 23 to 30); Monaco Yacht Show (September 27 to 30, with its own stand to act as “our summer Clubhouse in the Mediterranean”); and Les Voiles de Saint-Tropez (September 30 to October 8).

With Commodore Stelios at the helm, and genius merchandising behind it, Gustavia Yacht Club is certain to makes waves this sailing season in Monaco. The question remains: who will be amongst the exclusive members onboard? 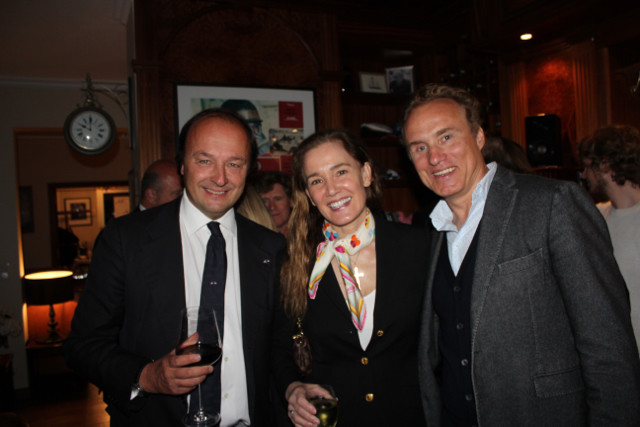 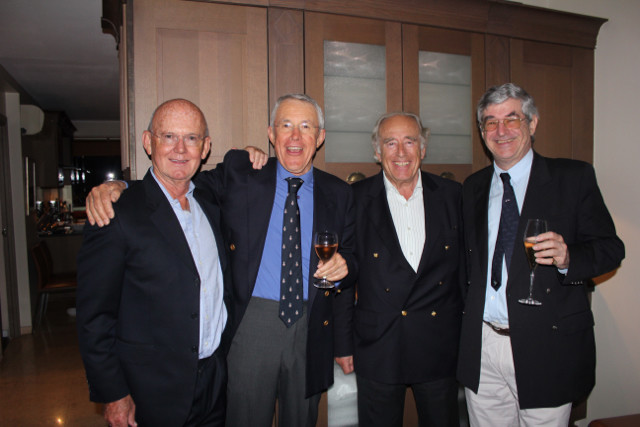 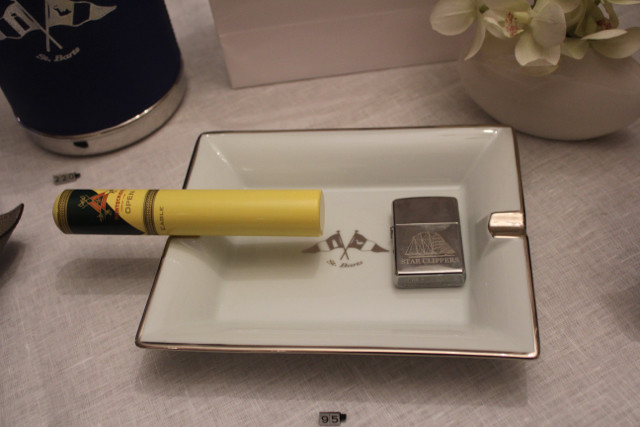 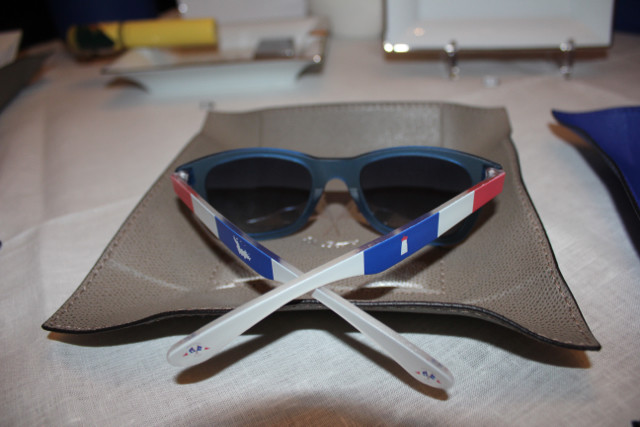 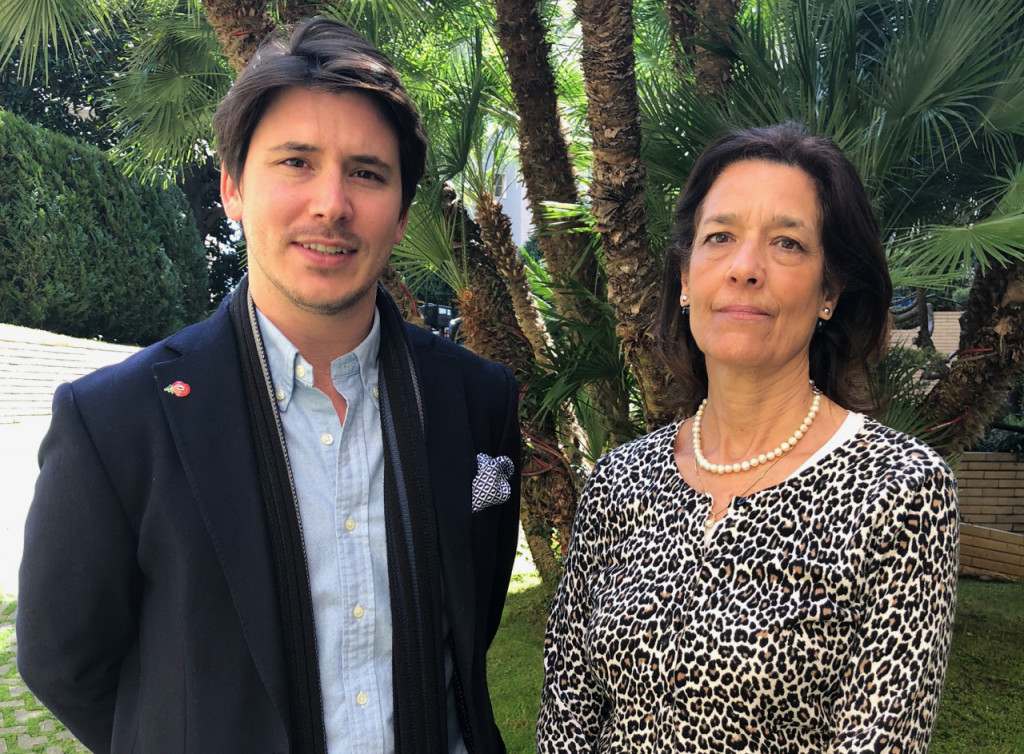 New BAM President John-Luigi Megginson with Vanessa Ilsley[/caption] On Tuesday, March 13, the British Association Monaco (BAM) held its AGM at the Maisons des Associations. After four years as President, Vanessa Ilsley has stepped down. Highlighting some of the events that had been changed or implemented during her tenure, Vanessa, a highly respected individual in Monaco, started with the Queen’s birthday cocktails, which have progressed into a successful fundraising occasion welcoming more government ministers and ambassadors over the years. “I believe this is very important to ensure that BAM’s contribution to the Principality is understood,” Vanessa said. Vanessa, who is also involved with Outward Bound Monaco and the Monaco Air League, as well drew attention to the Hudson Foundation, of which BAM are administrators. Mr Hudson made his money in the production of soap flakes and as a result moved to Monaco and built the Villa Paloma, which is today a national museum. His Foundation is for the benefit of English in the Principality, and for the last two years BAM has awarded financial prizes each end of year to students in the three colleges: College Charles III, Lycée Albert 1er and Lycée Hotelier. “Less obvious to members and something I am proud of,” Vanessa added, “is the implementation of a formal association with the Princess Grace Hospital. The BAM Community Support Team visitors are now formally accredited by the hospital authorities and hold badges to enable them to visit the hospital, the Centre Rainier III and Cap Fleuri. “This is a welcome acknowledgement of the wonderful work the Community Support Team and their helpers are doing in the community. I would like to take the opportunity to thank these quiet volunteers for all their valuable time and unstinting support. Again this development by BAM in the community underlines my efforts to highlight BAM’s stature in Monaco.” John-Luigi Megginson, who was educated in the UK from the age of 12 but returned to Monaco where he now runs a Family Office, has taken over as President. “I have very big shoes to fill. Vanessa has done such a wonderful job and I offer my thanks for her many contributions over the years and for being a source of inspiration to me," John Luigi said at the AGM. “I hope to continue building on the success of the previous year, to increase subscriptions and keep up the high-caliber events we have throughout the year with a view to organising more great events.” Both Presidents acknowledge the importance of working as a team with their committees. The British Association of Monaco, a charitable association registered in the Principality, was founded in 1935 “to provide a focus for British and Commonwealth citizens residing in Monaco and surrounding areas to meet socially, represent their views in the Principality and to provide a welfare service for those in need". The Association, which holds no political or sectarian aim, promotes and represents the British community within the Principality. Although Full Membership is open to British and Commonwealth citizens, all nationalities are eligible for Associate Membership. The Community Support Team made up of volunteers was originally called the Assistance Fund Sub-Committee and it was formally recorded that "as a matter of principle the Relief Fund should not be used to assist gamblers". Article first published March 14, 2018.

Business & Finance Stephanie Horsman - July 21, 2020
Businesses in the Principality have begun bearing the ‘Monaco Safe’ label, an initiative by the Prince’s government to alert customers to Monaco’s commitment to safety.