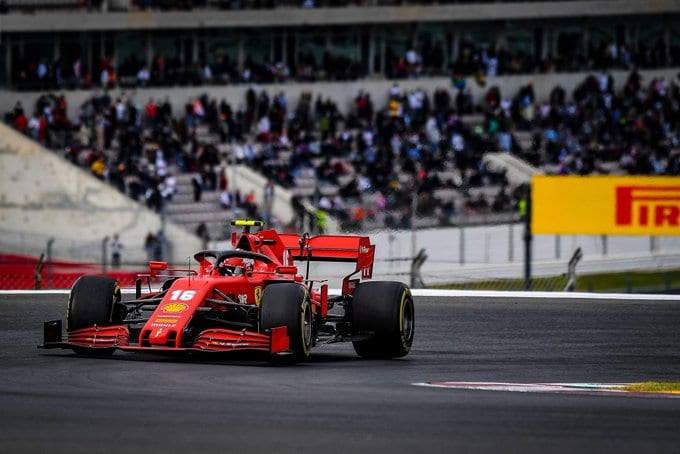 Team Ferrari’s woes this season have been many and varied, but this weekend saw glimmers of hope arising as Monegasque pilot Charles Leclerc both qualified and finished in the fourth place at the Portuguese Grand Prix. This may not sound like a great feat, but the year for Team Ferrari has been marred by car troubles, and Leclerc’s masterful handling of his car has been a boost for fans.

But Ferrari’s Team Principal Mattia Binotto said publicly that this weekend’s showing should not be seen as a total turnaround and that, whilst the car has “improved slightly”, fans should not expect too much too soon.

This pessimism may not be completely unfounded, especially as Leclerc’s teammate Sebastian Vettel barely made the top 10, giving him one paltry point, only his second in the last six races. The four-time world champ is clearly frustrated with the performance of his car and has even gone so far as to say that his car is being excluded from recent upgrades, and Leclerc is the only one benefitting from improvements.

This could be paranoia, or the fact that Vettel is moving onto greener pastures next season by joining Aston Martin and Ferrari isn’t putting much effort into him. Vettel may have to wait until next season when it will be seen how he stacks up with his new team.

In the meantime, Leclerc is taking advantage of whatever changes are being made, and is doing what he can to bring his team out of the midfield and back up to the top of the heap, as he made clear on a Twitter post after the race:

“Back home with a P4! Happy with the progress seen in the last few races. Already can’t wait to race in Imola.”