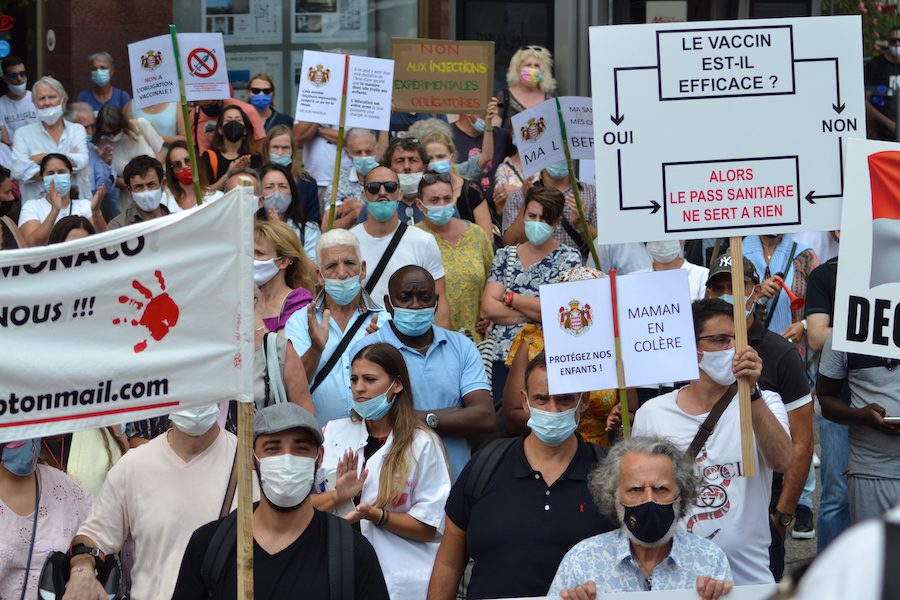 The National Council is due to examine on Tuesday a controversial bill mandating health passes for certain workers in Monaco, namely those in the health and care sectors.
The Monaco government announced in July that, in the face of an upsurge of Covid-19 contaminations and hospitalisations due to the rapid spread of the Delta variant, it would follow France’s lead and table a bill making vaccination against Covid-19 compulsory for staff working in Monegasque health establishments, in structures welcoming the elderly and more generally for people in contact with fragile or vulnerable people.
The bill, n° 1043, was delivered to the office of the High Assembly on 3rd August and the National Council convened an extraordinary session from 13th to 17th September to examine the bill and make a decision on its adoption.
The Manifestation pacifique contre le pass sanitaire à Monaco (Peaceful demonstration against the health pass in Monaco) Facebook group has been staging protests ahead of the session.
The National Council announced on Thursday that it would debate the bill on 14th September at 6pm. The session will not be open to the public, however people can follow it live on the National Council’s Facebook page and on Monaco Info.