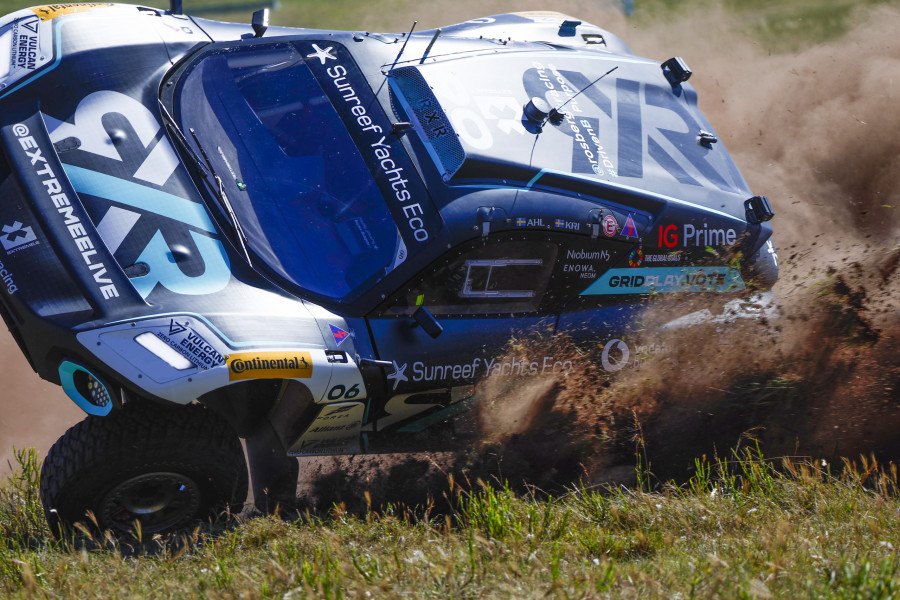 A disastrous ‘Crazy Race’ at the Extreme E season finale in Uruguay saw Rosberg X Racing (RXR) miss out on the final, with X44 Vida Carbon Racing clinching the title.

Saturday’s ‘Crazy Race’ lived up to its name. From lights out, RXR were right in the thick of the action. Mikaela Ahlin-Kottulinsky made three separate contacts in just two turns on the opening lap, sustaining damage in the process.

Although she managed to limp back to the pits for repairs and a driver changeover, the team was ultimately disqualified due to an infringement of the rules with too many mechanics working in the repair zone at any one time.

Consequently, X44 Vida Carbon Racing qualified with ease for Sunday’s Uruguay Natural Energy X Prix with the title up for grabs. But Lewis Hamilton’s team didn’t get off to a good start. Sébastien Loeb failed to make progress and was bogged down in fourth place.

However, in the second phase of the race, Genesys Andretti United, in third position at the time, picked up a seven-second time penalty. That meant that X44 only needed to finish within seven seconds to secure the bottom step on the podium, but more importantly the title, beating RXR by just two points.

In a social media post, RXR reacted to the loss: “A devastating end to our Championship dreams, but second place is still something to be proud of… We will be back!”

Extreme E will return for a third season in 2023 with a series of new locations making the calendar. The grid will travel to Saudi Arabia in March, before racing in Scotland, and Sardinia. There will also be a race in Brazil or the USA in September and a season final in Chile next December is TBC.