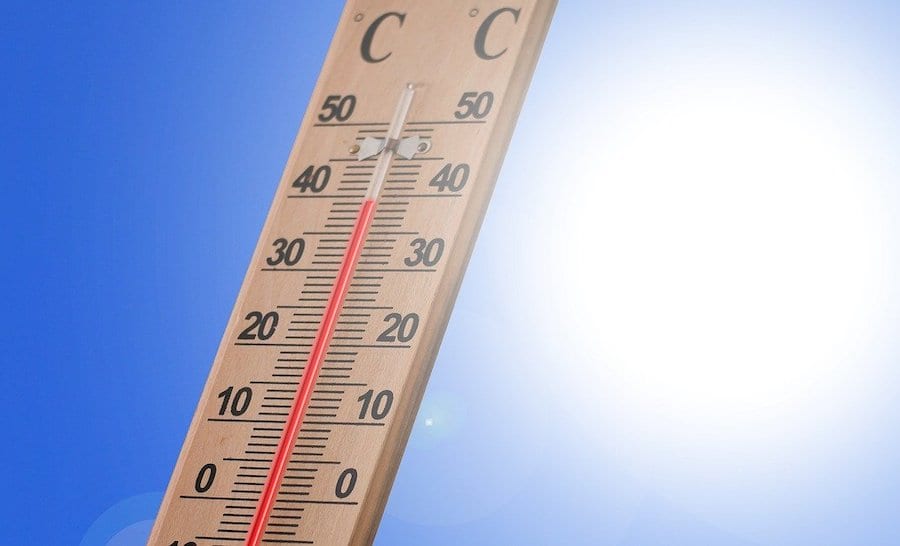 Pull out the fans and ice cream, folks. Another heat wave has struck the region, and this time it is forecast to stick around for a week.

Temperatures will be significantly above 30ºC in many coastal areas, and anywhere from 34º to 37º inland, which is anywhere from +2º to +5º above normal averages. Night times will provide little in the way of relief, as the mercury will not drop below 23º to 25º overnight, disallowing the earth and buildings from cooling off naturally.

Meteo-France predicted the heat would be at “a very significant level on the Côte d’Azur”. This heat, which started over the weekend, has a high probability of a first vigilance “yellow” alert being activated. These conditions will make for uncomfortable days ahead, especially on the coast and in urban areas.

Skies are to remain cloudless, and the unrelenting sun will beat down all over the region until roughly Wednesday or Thursday when temperatures will start to go down slowly.

Rainfall totals are also way down this summer with 32% less precipitation than normal. Some places in the Alpes-Maritimes have not seen a drop in more than 40 days. Drought conditions such as these increase the risk of heat waves.

Scientists predict that August heat waves like this will be our future as global warming takes its toll.