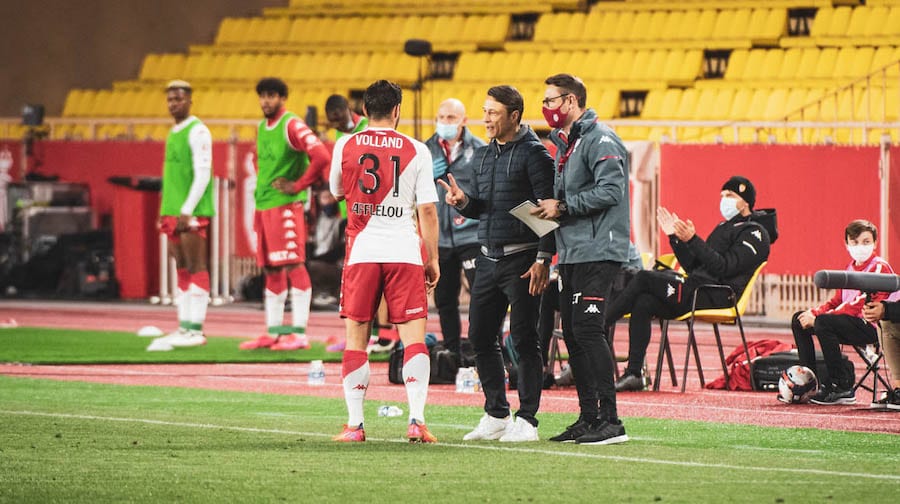 Sanctions were handed out on Wednesday over the post-game fist fight that broke out between ASM and OL on Sunday, with Monaco players bearing more of the brunt despite what many see as equal culpability.
There were always going to be consequences to the after-match punch up between AS Monaco and Lyon on Sunday, but the resulting decisions have left people scratching their heads at the logic.
It was announced on Wednesday that Lyonnais players Maxence Caqueret, who received a red card during the game, was suspended from one match, as were fight participants Marcelo and Mattia De Sciglio.
On the Monaco side, Pietro Pellegri was handed a two game suspension and Willem Geubbels three.
The decisions were based on a report handed down by referee Clément Turpin who likened the ugly scene to a street fight, stating that “Marcelo approached Ben Yedder with aggressive and threatening gestures… Marcelo, initially dismissed by an opponent, tried to come back with a threatening and aggressive stance that crystallised the group that started the fight. Isolated by partners and members of the staff, he did not strike but his attitude characterised violent behaviour at the origin of the events which subsequently unfolded.”
He went on to say: “De Sciglio came to stand in the middle of the pack of players, pushed a Monegasque player before responding. Geubbels then arrived in the crowd gripping De Sciglio in a violent and physical manner and then an exchange of punches occurred between the two players, Geubbels being the instigator of the exchange of punches.”
Like many others who saw the punishments as unequal and unjust, Oleg Petrov, AS Monaco’s Vice-President, was confused.
“Taking into account the elements at our disposal and after reading the report which was made at the end of the match, I am extremely surprised by this decision and by the unequal treatment manifested between our players and those of OL, whose behaviour and aggressiveness were however clearly defined as being at the origin of the stormy post-match. There is a very strong feeling of incomprehension and injustice,” he said. “Between the events of this match during which our opponent should have received several red cards, as has been widely emphasised in the media, and this decision which handicaps us for the end of the season, it is too much. We will see what we can do and we reserve the possibility of appealing.”
Princess Grace reference sparks outrage
Meanwhile, the Prince’s Palace has released a statement condemning an article in the online site Le Libéro Lyon which reads “unlike Grace Kelly, OL did not miss their corner in Monaco”.
The Palace responded by stating publicly that “It is unfortunate that a human tragedy, such as the one suffered by the Princely Family, be compared to a sporting event. On behalf of His family, Prince Albert II condemns the journalist and their words and asks that in future, they engage respectfully with the memory of those who have passed away.”
National Council President Stephane Valeri also publicly condemned the reference, calling it “shameful and unacceptable”.
AS Monaco released its own statement saying the club was  “as equally outraged as the Princely Family… The club condemns the words written by the journalist, which are disrespectful and hurtful for the Princely Family, the Monegasque people and all of AS Monaco’s fans. The club stands in solidarity with you all.”