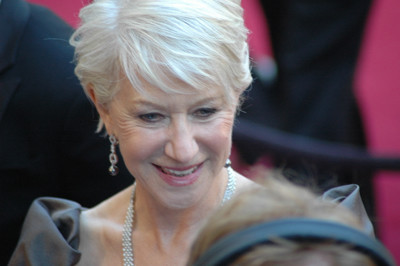 Laurent Puons, CEO of the 57th Monte-Carlo Television Festival, has announced the recipient of its prestigious Crystal Nymph Award and unveiled the names of jury members for the Fiction and News categories. He also revealed an extensive line-up of premiere screenings and exclusive celebrations taking place during the globally renowned festival, which runs from June 16 to 20.

Mr Puons confirmed that Helen Mirren will receive the Crystal Nymph Award, which recognises a stellar body of work by a major international actor or actress, that will be presented by Prince Albert, Honorary President of the Festival, as part of the Closing Ceremony on June 20.

The Festival has partnered with a range of studios and distributors to host a line-up of glittering events and screenings, including Distributor all3media International, which is celebrating the 20th Birthday of global hit drama Midsomer Murders, a party to acknowledge the 30th anniversary of The Bold and The Beautiful, and Hasbro Studios will invite members of the public to an exclusive screening of episodes of its iconic animated series My Little Pony: Friendship is Magic and Transformers: Robots in Disguise.

Culminating with a unique competition, which celebrates and honours fiction and news and current affairs programming, the Monte-Carlo Television Festival has been recognised as one of the finest festivals in the world, enhanced even further by its location in the Principality of Monaco.

Local News Stephanie Horsman - July 2, 2020
The National Council crammed in a huge amount of work for its last meeting of the spring session, including family allowances for self-employed workers.

Local News Cassandra Tanti - April 10, 2021
Prince Albert of Monaco has sent a letter of condolence to Queen Elizabeth following the death of her husband, Prince Philip, Duke of Edinburgh.