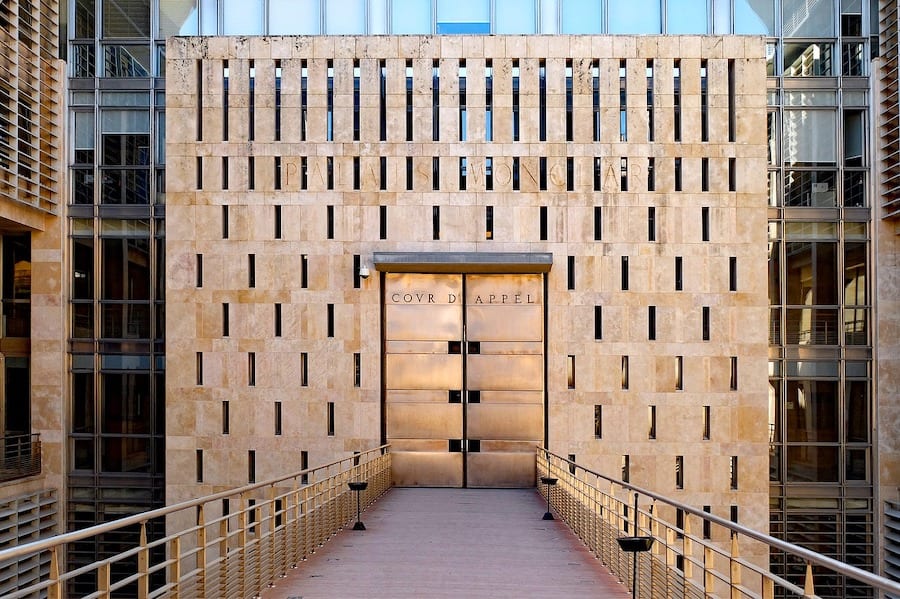 The appeal trial for Wojciech Janowski, sentenced to life in prison for ordering the assassination of his mother-in-law, Monegasque billionaire Hélène Pastor, has begun in Aix-en-Provence.
Janowski’s initial appeal case in March lasted 15 days before it was suspended due to the Covid lockdown. Those proceedings will not be counted in this new trial, which started on Monday in a court closed to the public, except for a handful of journalists.
71-year-old Wojciech Janowski appeared for the opening day alongside three other co-defendants. His lawyer Jean-Jacques Campana had earlier indicated his client is doing well, despite being treated for colon cancer.
On the bench was his former partner Sylvia Ratkowski-Pastor, daughter of Hélène Pastor. The victim’s son, Gildo, was represented by his lawyers.
Wojciech Janowski is appealing the life sentenced that he was handed in 2018 for ordering the assassination of his 77-year-old mother-in-law and her driver, 63-year-old Mohamed Darwich.
The crime had sent shockwaves throughout the Principality where Hélène Pastor was one of its richest citizens, heir to a real estate empire estimated at €12 billion.
Testimony in this trial is set to be heard via videoconference from Gildo Pastor, whom she had just visited in a hospital in Nice on 6th May 2014 before she was shot and killed. He is expected to maintain his conviction that Janowski is behind the double murder.
The prosecution argues that Janowski’s overwhelming motive was money; that he was in financial difficulty and wanted to appropriate part of the heritage assigned by Hélène Pastor to her two children.
The Polish diplomat had confessed in police custody to having ordered the murder but then retracted the confession, denying any involvement. He later argued that his confession had been “extracted” from him by the police.
Later during the trial, his lawyer at the time, Eric Dupond-Moretti, conceded that his client was “guilty of having ordered the assassination of Hélène Pastor, but not the driver,” a statement contested nine months later by Janowski, who accused Dupond-Moretti of having pleaded guilty against his will.
The appeal trial is due to end on 27th November.