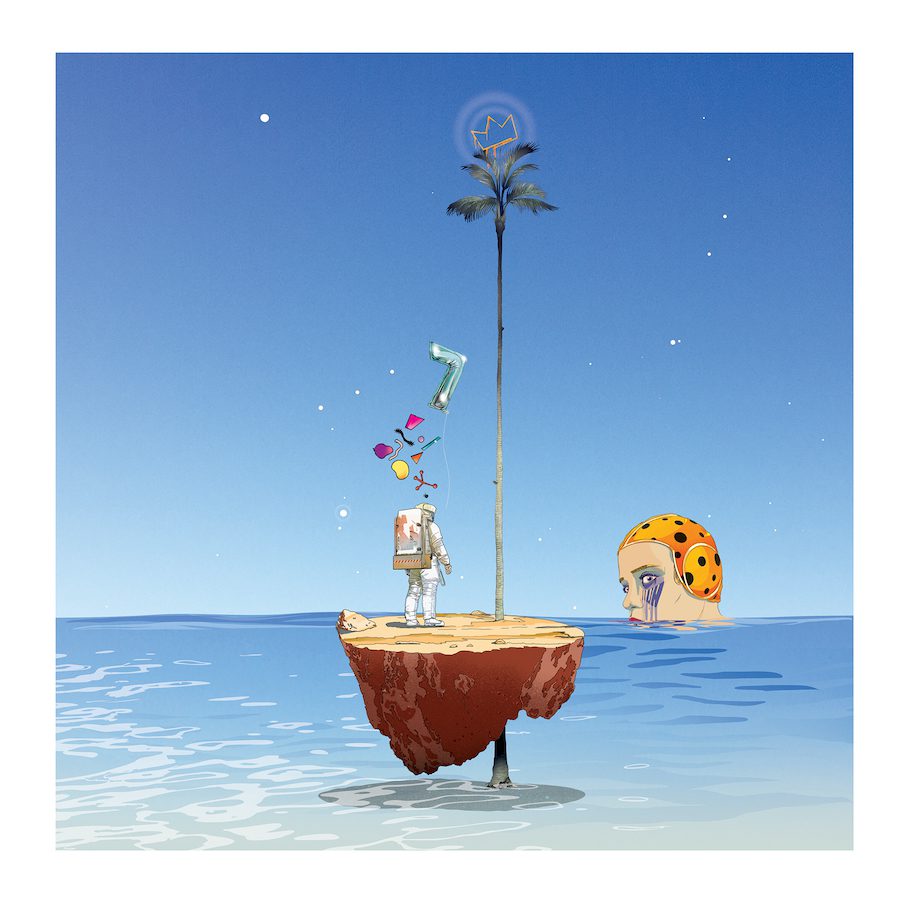 The Yacht Club of Monaco is hosting the works of vibrant Colombian artist Henry Rodriguez Herrera at its gallery this month.
Henry Rodriguez Herrera gets inspiration for his bold, graphic pieces not only from his real-life experiences in his native Bogota, where colour and life abound, but also from yesteryear, where Greek myth and culture permeate his works.
He asks his audience to travel with him, to other places, to other times and invites them to be part of the stories he tells.
Now, he is telling his story with his exhibition ‘From Myth to Reality’ at the Yacht Club of Monaco Gallery until 15th August.
Herrera started his career at El Malpensante magazine in Bogota, honing his craft and making a name for himself, often getting commissions for large architectural projects in large American cities such as New York City and Philadelphia.
His interesting style, mixed with the use of recycled materials such as metal sheets, concrete slabs and old doors make him popular with the avant-garde, whilst his refined magazine work earns him kudos from the mainstream.
After meeting his wife, he made the decision to move to France where they set up their workshop and pop-up gallery La Galeria in Le Cannet.
For the Yacht Club exhibition, the paintings from his Argonautes series were selected. The works are meant to represent the current health crisis “where we were masked and where we lived in a world that was unknown to us. The huge objects hanging over the heads of the characters are now levitating, symbolising the disappearance of an evil that weighed so heavily on us.”
Female figures also dominate this series, with a colourful Persephone, goddess of spring and queen of the underworld offering hope of rejuvenation, and Penelope waiting for her Ulysses to join her on a speedboat.
To see the depth of Herrera’s works in person, visit the Showroom IQOS at the Yacht Club until 15th August.