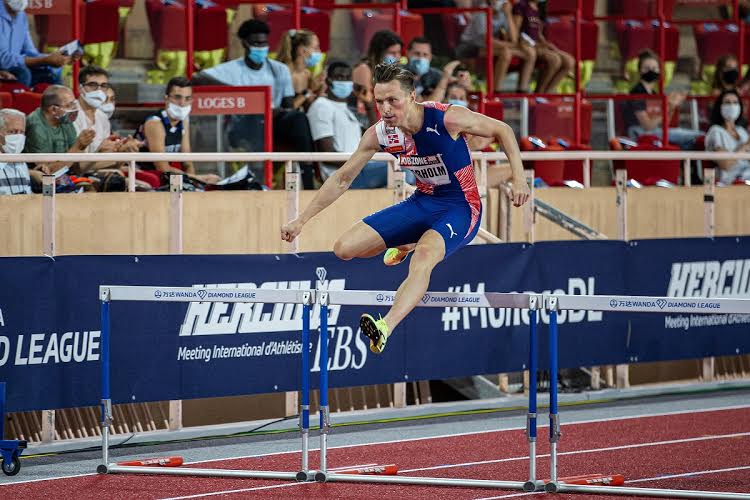 The road to the Olympic Games in Tokyo passes through Monaco on 9th July when some of the world’s best athletes compete in track and field events ranging from running races, long and high jumps and pole vaulting, to name but a few.

Three weeks before the start of the Olympic Games in Tokyo, some of the world’s finest track and field stars will be found competing in Monaco for the Herculis EBS games.

Some of the biggest races will be the 400m men’s hurdles race where reigning world champion Karsten Warholm from Norway will be going up against American sensation Rai Benjamin for the first time this year. Benjamin caused a stir recently when he came within milliseconds of beating the Kevin Young’s world record in Eugene, Oregon. Warholm, for his part, raced in Oslo on 4th June beating his own personal best on the 300m hurdles by more than a half a second, showing that he is in fine form and ready to rumble.

Another race everyone will be watching is the 100m men’s sprint where 25-year-old American Trayvon Bromell, after overcoming a series of injuries, has regained his role at the top of charts. He ran the race in 9.77 seconds at the start of June in Florida, marking the fastest time for this race this year and followed up the success by cinching his spot for the Olympic Games just over two weeks later. Though he’s the one to beat, compatriot Fred Kerley and Canadian André de Grasse are also hungry for the win and will give him a run for his money.

The 200m women’s sprint is shaping up to be quite the thriller with the two top contenders for the Olympic gold facing off in Monaco for the first time ever. 34-year-old Jamaican Shelly-Ann Frasier-Price is going up against American Gabrielle Thomas, 10 years her junior. Both are slated to be big winners at the games, and seeing them compete head-to-head in Monaco may set the tone for races to come.

These are but a few of the exciting events taking place on Friday 9th July. The ladies will be participating in the aforementioned 200m sprint, as well as the 800m, 1500m, 3000m steeplechase, pole vault, triple jump and javelin. The gents will participate in the 100m sprint, the 800m, 1500m, 400m hurdles, 3000m steeplechase, high jump and long jump.

The doors at Stade Louis II open at 6pm for a 7pm start. The games will go on until 10pm. Ticket prices start as low as €10 and are on sale through the event’s website at https://monaco-diamond-league.com/fr/17011-herculis–meeting-international-dathletisme/