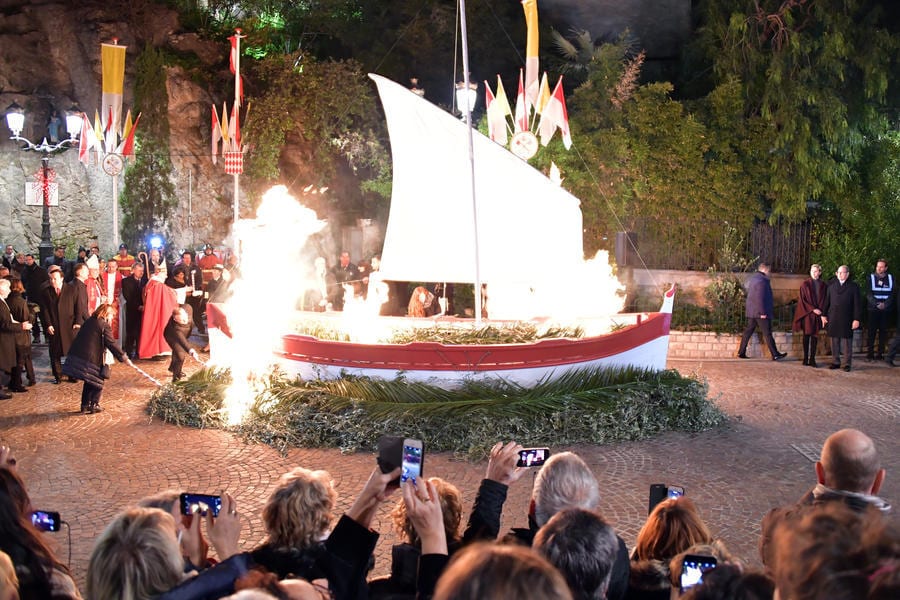 Sainte Devote, the 4th century Christian martyr, is celebrated every year on 27th January in the Principality.

Legend states that Devota, who was born in Corsica, was imprisoned and tortured for her faith by the Romans and after crushing her jaw and dragging her body over rocks and brambles, she was eventually killed by either being racked or stoned to death.

After her death, she was placed on a boat that landed in Monaco, where she was duly buried in a plot near the chapel that now bears her name. Since her interment in Monaco, it is said that flowers bloom out of season to mark her 27th January burial.

In the 17th century, Honoré II declared Devote patroness of Monaco. In 1874, a more formalised tradition sprung up, securing her position with an annual celebration. The observance begins on the night of the 26thwith a boat being burned on a stake in front of the chapel with the Princely family in attendance. Fireworks then light up the sky of the port.

On the 27th, a mass is then held at the Cathedral followed by a procession, with the participation of penitents of the Archconfraternity of Mercy, heads for the Prince’s Palace with the shrine containing relics, and escorted by the Prince’s Carabinieri.

Once at the Place du Palais, an Honour Guard and the Prince’s Carabinieri orchestra pay homage to her. The Princely family is then blessed using the relics, then the procession heads to the ramparts where the entire populace is blessed and finally the fishermen and the sea are blessed, ending the ceremony involving the relics.

This is how a normal year would play out, but again this year, there is no such luxury of being normal. Despite that, the celebrations will go on, just in a muted way.

Version 2022 will see only authorised people taking part in the relic reception, the procession, and the blessing at Sainte Devote Chapel. The public will not be able to access Place Sainte Devote during the ceremony.

The boat burning will take place, but this year it will be on the Quai Albert I’s north side and there will be no fireworks display after.

From 5:30pm on the 26th, the Quai Albert I will be accessed only through the gallery and only a hundred people will be allowed in the seated public area in order to stay in compliance with health measures, though a giant screen will be set up to allow the greatest number of people possible the chance to witness the event.

One hour before the 5:30pm cut-off, the reception area will be open to the public from the pedestrian crossing located at the corner of Boulevard Albert Ier and Rue Princesse Antoinette.

For reasons of public health, people will not be allowed to recover nails from the boat, as is usual tradition.

From 5:30pm to 7pm, the swimming pool road will be closed between Avenue JF Kennedy and the Jules Soccal wharf, and between 6:45pm and 7:45pm, occasional traffic cuts will be made on Boulevard Albert Ier and Avenue d’Ostende, to allow the event to run smoothly. 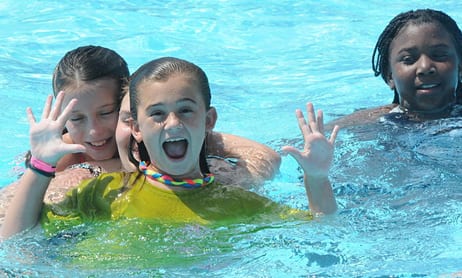 Among the highlights of the Town Hall’s summer programme is the second edition of the "Exotic Gardens Celebrate,” on June 2 and 3, with a programme of many activities for children including pony rides, a great interactive game ... and for families, the chance to visit the greenhouses of the new Botanical Centre in the form of four guided tours per day (on advance registration). The annual Fête de la Musique celebration, takes place on June 21 with many concerts in town throughout the day and with a big free concert on the Port of Monaco at 9 pm with Naâman, a young artist in the new reggae scene in France. The third edition of the Splash Party on Monday, July 2, takes place with a novelty this year: the 12-17 year-olds who are schooled or resident in the Principality will meet at the Stade Nautique Rainier III, not in the evening as usual but in the afternoon between 3 and 7 pm. Later, Les Musicales will take place from July 4 to August 22 with a concert every Wednesday from 7:30 pm to 10 pm (except on July 25), offering a show dedicated to children at Square Gastaud in varied styles, like bossa, gypsy, jazz, swing, rock and Brazilian music. The International Fireworks Competition becomes Monaco Art en Ciel, although the new name for this flagship event of Monaco’s summers doesn’t change any other feature of the series of four firework displays on the Port, each one staged by a different country. For more details of the Town Hall’s programme of summer entertainment, visit their website: www.mairie.mc

Local News Staff Writer - November 5, 2018
The Monaco International Clubbing Show (MICS) was born in 2010 from a desire to meet annually professionals of the bars and clubs industry in a privileged setting: the Principality of Monaco.