Hit me with your best shot Monaco Life: BOOST 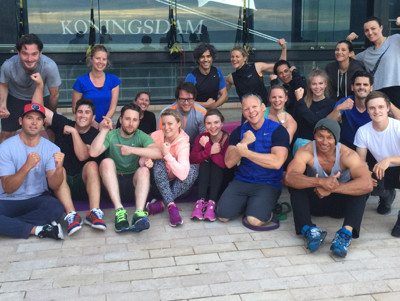 Trainer’s background: Competitive swimmer and water polo player representing Australia, who worked as a group instructor for KX, one of London’s most exclusive private members. Founder of Rumble in The Park boot camp, which he sold to Joe Wicks, aka the Body Coach and Instagram sensation

Who’s the workout for: beginner to advance, the program is results driven which requires also balanced discipline in the kitchen

Few names of clients: clients value their training and anonymity so does BOOST

Classes: 60 minutes Monday to Friday, two to five times a day, starting as early as 6 am, with the last class at 7:15 pm.

My legs can be misleading. Case in point, at an energy station during the COCC’s 140 km St-Tropez to Monaco charity bike ride last Sunday, one of the cyclists commented: “Nancy, it would be more enjoyable if you kept up with the core group. With those muscles,” he pointed to my legs, “it should be easy.”

I showed him my old bike. “Okay, that’s the problem.” He walked away, end of discussion.

Credit to my bike, which got me through the Nice Ironman, that’s not entirely true. First, gears are as foreign to me as understanding Facebook. Second, my muscular gams do not represent what’s going on with the rest of my body.

The only explanation I have for my calf muscles is all the mileage I accumulated in my youth going back and forth to the bar when ordering another round. Exercise was not in my vocabulary until my late thirties.

True, in recent years I’ve taken on endurance sports but my activity remains divided between the disciplines of swimming, running and occasionally cycling, without any speed training whatsoever. Throw me into a boot camp scenario, with its fast-paced circuit training, and it’s pretty much guaranteed I’m going to vomit with the high-intensity cardio.

For some time, I’ve heard about this “cool boot camp run by a guy named Damian” on the Monaco Port Digue at Quai Rainer III. In fact, all those fitness-minded in Monaco seems to know Damian.

Damian Fisher is the owner and trainer of BOOST Monaco, which he founded five years ago. A former computer programmer for Goldman Sachs, these days his workweek is divided equally between business group training and personal training.

Damian claims the key to motivation is that clients are challenged but also enjoy the workouts. Exercising outside on the Monaco Port Wall (the top Level of the Cruise Liner Terminal), between a view of the Rock at one end and the winding coastline to Italy at the other, it would be hard not to be inspired, although you are at the mercy of the weather, and rain can make the circuit a tad slippery. But hey, this is Monaco, which has more than 300 days of sunshine across the year.

I jumped in at the second of the six-week cycle, along with a dozen others, a combination of novices and long-time BOOST followers, both male and female, to try a Tuesday 7:15 pm class. At this two-week point in the program, the focus is on bodyweight strength and conditioning foundation, and therefore not too technical.

Like a box of Bits and Bites, every BOOST session is a “whole new ballgame”: you could be boxing, doing stair or strength work, calisthenics, partner or team fitness games, or the absolute killer, resistance running (Puke Factor: 10).

After a 5-minute warm-up, Damian explained in English the evening’s theme: the “Treasure Hunt”. Each team of two was assigned a number, which corresponded to a number on a “hi-viz” cone located somewhere on the digue’s many levels.

Each cone had a designated activity, for example, burpees, and you had to complete 20 reps, before sprinting to the subsequent activity, as indicated by the number written underneath the cone at your current station. As the cones were non-sequentially placed, it was a mad dash up and down stairs trying to find the next exercise.

I was paired with Kate Bermond (as per my intro, sorry Kate!), a triathlete who competed in Ironman Hawaii. Kate is an avid believer of BOOST, which she started doing several years ago when she wanted to cross-train using her body weight as opposed to weight training. She swears by the improvements to her overall performance, which indicated to me that BOOST pushes even a hardened athlete like Kate to her limits.

Our Treasure Hunt consisted of non-stop burpees, suspension training, boxing, medicine ball sit-ups, stairs, step, bar squats and then we, thankfully, ran out of time, due to my stall technique of distracting chitchat so we could never remember which cone we had just passed. I definitely felt out of high-cardio intense shape, as proven by my sweat-soaked shirt and overly-rosy cheeks.

I was fantasising about light stretching to finish off, when Damian brought out a bunch of harnesses. “Let’s finish off with resistance running and ab work,” he said smiling, in a tone as if he was asking who wants a piece of candy.

Even Damian admitted that if someone’s going to throw up, this will be the exercise to do it (see video above). He wasn’t kidding.

What left a lasting impression is how trainer Damian takes the time to pay everyone attention, not easy in a group setting, and how, despite the varied fitness levels, the BOOST campers seemed at ease working out together without inhibitions or ego. The friendliness was a definite bonus, although it would be nice to have somewhere to get changed afterwards.

Still, BOOST camp provides a relentless and deeply satisfying overall body workout in a remarkable outdoor setting that leaves you wondering what the next session’s challenge will be.

You can choose between 2 sessions (€300) or 3 sessions (€350) per week over a six-week BOOST camp cycle. The BOOSTer Week 5-day program, based on signature BOOST camp workouts, is €50. For more see BOOSTmonaco.com. Article first published May 6, 2017.

Hit me with your best shot Monaco Life: THIRTY NINE

Anna Botha won the Coaching Achievement Award. Photo: Twitter IAAF[/caption] Qatar's Mutaz Essa Barshim, the 26-year-old high jumper, and Nafissatou Thiam, 23, who competed in Combined Events, have been named the male and female World Athletes of the Year at the IAAF Athletics Awards 2017, held at the Grimaldi Forum in Monaco on Friday, November 24. IAAF President Sebastian Coe presented the trophy to Barshim, while International Athletics Foundation (IAF) Honorary President HSH Prince Albert II of Monaco presented the trophy to Thiam. "Tonight is our time to celebrate," Seb Coe said. "We have recognised the achievements and remarkable careers of some outstanding athletes, coaches and officials. With more than 50 champions, record breakers, ambassadors and coaches here tonight it’s impossible to individually honour everyone – I wish we could.” The former Olymian added, "We celebrate your amazing contributions to a phenomenal year of athletics. I’m particularly excited by the young generation of talent which so dramatically came of age on the world stage in 2017.” In the Rising Star Category, Norwegian Karsten Warholm won for Male and triple jumper Yulimar Rojas was named as female. The President's Award went to Usain Bolt, 31, who is widely considered one of the greatest sprinters of all-time. The Jamaican retired this season after taking 100m bronze at the World Championships in London to end his career as one of the most recognised athletes in the world. [caption id="attachment_25499" align="alignnone" width="640"] 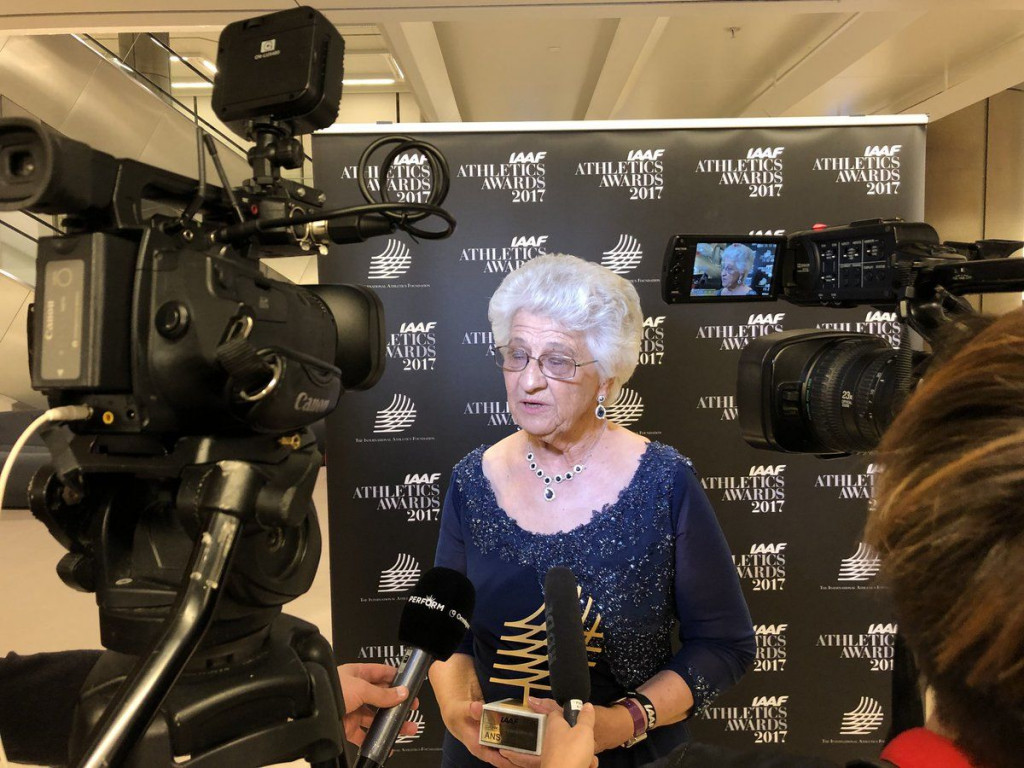 Nafissatou Thiam has been named the female World Athlete of the Year. Photo: Twitter IAAF[/caption] Namibian coach Anna Botha won the Coaching Achievement award and Cherry Alexander picked up the Women In Athletics award, which recognises outstanding achievements and contributions made to develop, encourage and strengthen the participation of women and girls at all levels of the sport. Paul Sanwell's image of Australia's Sally Pearson in the semi-finals of the 100m hurdles at the IAAF World Championships London 2017 earned him the Athletics Photograph Of The Year title.