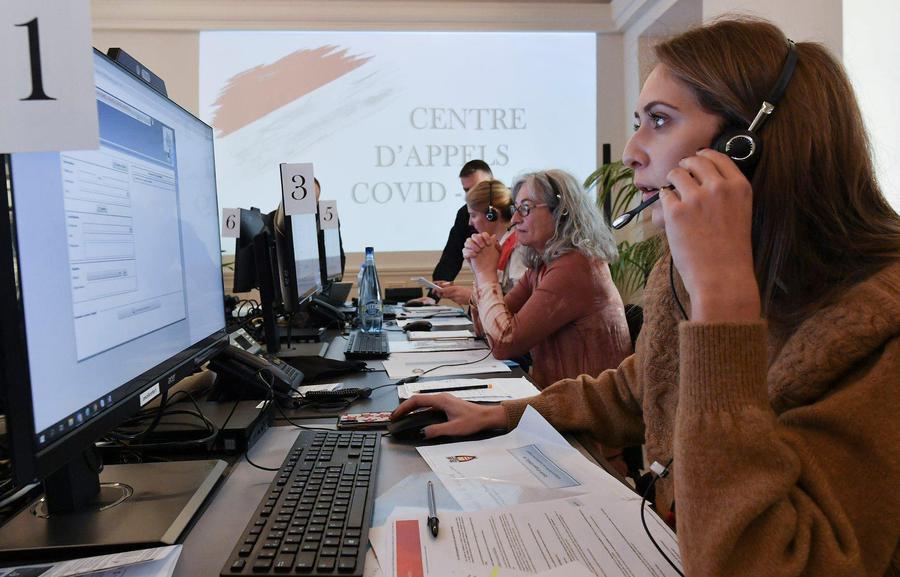 With only two patients left to care for, the government is standing down its home monitoring team who have spent the past six weeks caring for patients suffering mild symptoms of Covid-19.
The centre was initiated by the Department of Social Affairs and Health on Monday 23rd March to take pressure off the Princess Grace Hospital. It was made up of doctors – active and retired – social workers, psychologists, administrative staff and members of the Monaco Red Cross, all of whom were volunteers.
In total, more than 50 people took turns over the course of six weeks to keep the Home Patient Monitoring Center operating seven days a week, from 9am to 6pm, with a daily team of 15 to 20 people. There was also a volunteer doctor on standby each night.
The unit was responsible for caring for patients who had tested positive for Covid-19 but were suffering from milder forms of the disease, as well as symptomatic patients who had not been tested but were also showing mild signs of the virus.
During the peak of the health crisis in Monaco, 117 patients were being monitored by the medical and social team.
At least once a day, each of these patients was called by a doctor to check up on their state of health.
Patients were also provided support with tasks like shopping and the delivery of meals at home.
A psychology unit was also active throughout the crisis period.
By Monday 4th May, only two people were still being monitored by the centre. Their “exit tests” were due to take place at the beginning of the week.
In the coming days, a small team consisting a doctor and an administrative coordinator will be monitoring the evolution of the disease amid the gradual lifting of confinement, in conjunction with the CHPG and city medicine.
The government says the Home Monitoring Centre will be reactivated, if necessary, according to the evolution of the situation.