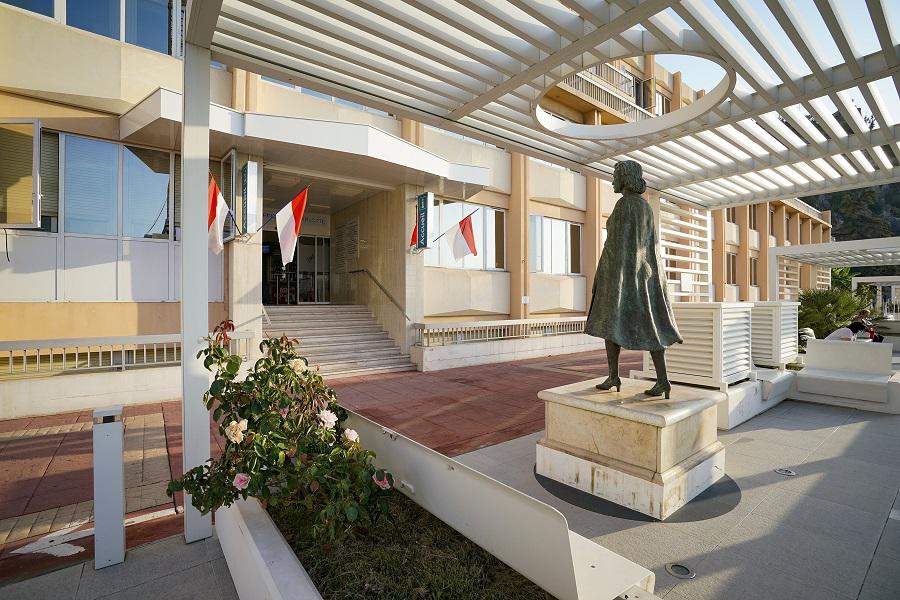 The Princess Grace Hospital has increased its capacity to care for Covid-19 patients as case numbers continue to rise rapidly in the Principality.
Between Sunday 1st November and Saturday 7th November, 124 positive cases of coronavirus were recorded in Monaco, compared to just nine positive cases between 1st and 7th October. Currently, 15 people are hospitalised and three are in intensive care.
Given the substantial and rapid increase in cases, the government revealed on Friday that the Princess Grace Hospital Centre (CHPG) has decided to open two new units dedicated to the care of Covid-positive patients.
“This overall reinforcement of hospitalisation capacities should enable the CHPG teams to cope with an increase in needs over the coming days, in accordance with the epidemiological forecasts made by the Institut Pasteur, in a context where the vast majority of positive patients hospitalised do not suffer from a serious form of the disease requiring the use of resuscitation, and where the teams are able to maintain the normal activities in the departments so as not to risk delays in other treatment,” said the government in a statement.
On Thursday 5th November, a new 16-bed unit dedicated to Covid patients with breathing difficulties was opened. It can be expanded to 30 beds if necessary. An additional seven critical care stations have also been added.
Other Covid patients will continue to be hospitalised in the appropriate ward according to their specific needs, as some hospitilisations are linked to other illnesses.
The CHPG has once again strengthened its collaborations with the IM2S and the Monaco Cardio-Thoracic Centre, so it has “a sufficient number of beds to absorb an increasing number of Covid-19 positive patients residing in the region for which it is responsible, and whose state of health requires care and medical surveillance,” according to the government.
Meanwhile, visitation has again been suspended in all medical, surgical and obstetrics departments, unless authorised by the department head. Visitation is still allowed, under strict conditions, in the psychiatric wards as well as within the gerontological section.
According to the government, all scheduled hospitalisations will be assessed on a case-by-case basis, taking into consideration the risk/benefit ratio. The hospital will only contact people whose hospitalisations are being rescheduled, the others will go ahead as planned.

Photo: CHPG, provided by the Communication Department of the Monaco Government