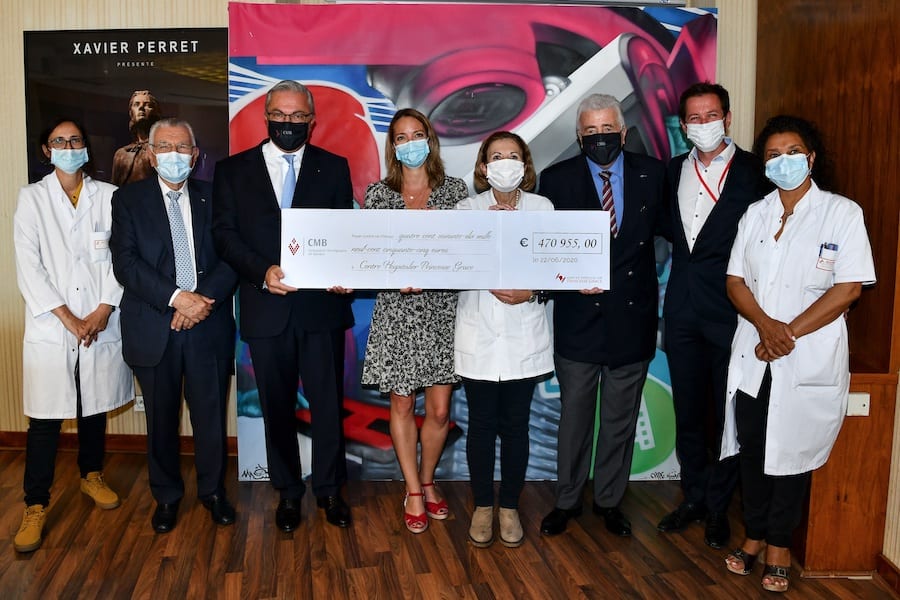 Compagnie Monegasque de Banque has handed over a cheque for close to half a million euros to the Princess Grace Hospital after an incredibly successful fundraising campaign.

Since the start of the Covid-19 epidemic, the Princess Grace Hospital Centre (CHPG) has been on the front lines, organising screenings and treating patients who had contracted the virus.

In order to ensure that everyone received the care they needed, the hospital mobilised all of its teams. This came at considerable cost as vast amounts of protective equipment was purchased along with biomedical investments, and staff were put on round the clock call.

The Compagnie Monegasque de Banque (CMB) recognised the possible financial strain on the hospital and leapt into action. Within a month, the bank had raised funds from customers and employees totalling €470,955. The bank itself started off the initiative by putting €100,000 in the pot. This is in addition to the 800 litres of hydroalcoholic gel and 11,000 masks that the bank had previously donated to the hospital.

With the worst of the virus behind the Principality, this money will help speed up the transformation of the hospital from a confinement-era setting to one that is able to adapt to the evolution of the epidemic, as well as continue to treat those who are suffering with other conditions.

Several areas of the hospital will benefit from the generosity of donors, including the acquisition of new equipment such as respirators, neuromuscular stimulators, operating theatre devices, ultrasound scanners, pulmonary monitoring equipment and laboratory automatons.