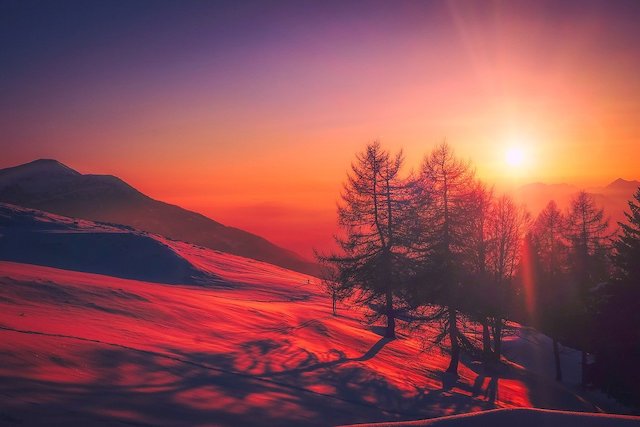 As families pack up and head to the local ski resorts during the half term break, many are finding the conditions less than desirable. With base snow depth as low as 35 cm in some resorts, some are wondering if being able to ski in nothing but a tee-shirt in February is a good or bad thing.

According to the Interregional Centre of Meteo-France, two of the last three months have hit record highs. Only the month of January didn’t set records, though it was considerably milder than normal.

On average, temperatures are +2.6ºC warmer than usual in the Alpes-Maritimes. Saint-Cézaire saw 24.8ºC temperatures on 3rd February and across, at 1,173m above sea level, saw 21º that same day. This is roughly 14º higher than normal.

This phenomenon is caused by a winter marked with unusual high pressure in the southern regions of Europe. This pushed storms farther north, pummelling Ireland and the UK with massive storms whilst the south has seen exceptional mildness.

Experts say that we should start getting used to this kind of winter, as these conditions are in line with global warming. Fewer cold days and scorching summers will become more frequent, even if the world suddenly woke up today and stopped all actions causing these weather patterns.

For those who are fans of the warmth, this spring is also set to be milder, though the possibility of cold spells through May is not inconceivable.