How did Covid impact the yachting industry?

How did Covid impact the yachting industry? 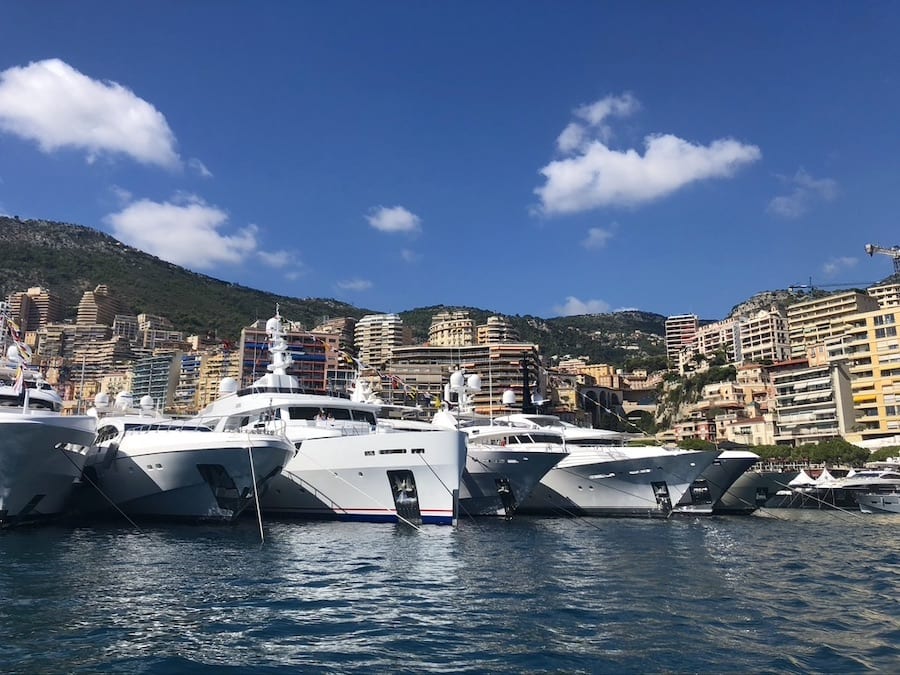 The yachting industry has managed to weather the pandemic storm, at least in the brokerage market and new builds. That’s one of the key points to come out of the recent La Belle Classe Superyachts Business Symposium at the Monaco Yacht Club.
The Yacht Club of Monaco (YCM) recently hosted its La Belle Classe Superyachts Business Symposium, where industry professionals had a chance to discuss the developments and issues facing the yachting sector after a year like no other. Upward of 120 people, both in person and online, gathered for the event.
“It’s wonderful to be able to debate with players across the yachting sector, as we celebrate this 13th edition,” said YCM General Secretary Bernard d’Alessandri. “The highly unusual context obliged us to adapt by organising a mixed format, half in-person, half remotely, proof perhaps that being innovative and flexible are the keys to getting through these difficult times.”
Illustrious personalities including YCM Ambassador Lord Laidlaw were in attendance, and the YCM took the opportunity to formally present him with the 2020 Sailor of the Year Award, which he was given last December.
Meanwhile, it was revealed that while lockdowns, the health crisis and economic uncertainty saw many industries suffering loss and downturn in 2020, this was not the case with the luxury yachting world, which saw good sales results and even managed to achieve a record year for sales in used boats over 24 metres.
2020 in numbers
Last year, 409 yachts over 30 metres were sold, and December was actually the best December sales month ever recorded. There were 57 boats sold that month alone, though the rest of the year had some major ups and downs.
“Deliveries in January and February were high, but with the collapse of the market in March until May, the first quarter of 2020 was down -36% compared to 2019,” revealed Jamie Edmiston, CEO of Edmiston. “In April, the market was down 77% compared to April 2019, while in August global yacht sales increased by over 115%. In the third and fourth quarters of 2020, the total number of sales was higher than the same two quarters in 2019 and 2018.”
Covid changed how deals are done
Despite the good numbers, all was not smooth sailing. Event cancellations affected sales, and the lack of face time with clients meant that work had to be concentrated in short periods, with both brokers and clients being forced to change the way they do business.
“Many events were cancelled like the Singapore Yacht Show, Dubai International Boat Show, the MYBA Charter Show and Palma Superyacht Show,” Edmiston went on to say. “And that continued into the autumn with cancellations in Cannes and Monaco. We had to adapt the way we operate, particularly in our relations with clients. Personally, I have gone from making 85 trips a year on average, often long-haul, to six since March 2020, and only one of them for more than one day.”
What sized superyachts were selling?
For larger boats, the 50 to 60 metre group had the biggest market segment with 42% of orders, but even the much larger units had decent showings: 16% of sales were superyachts of 60 to 70 metres, 19% were +90 metres and 25% were 70 to 90 metres.
Of all these +50 metre yachts, 26 were ordered from 18 different shipyards during the last year. Italy remains the country which has the most active yards.
“The hard work put in by shipyards in 2020 to maintain delivery schedules despite the pandemic is also to be commended. For 2021, we expect a similar level,” said Boat International’s Stewart Campbell. “The industry, at least in the brokerage market and newbuilds, has weathered the crisis.”
How does Covid compare to the financial crisis?
Similarities between the health crisis of 2020 and the financial one of 2008 were high on the topics of discussion. Most agreed the health crisis was handled due to owners being better prepared. The markets were not overly inflated prior to the Covid pandemic and bounced back far faster, and governments were able to help prop up many businesses that would otherwise have failed.
The good year has provoked guarded optimism in the industry, but many feel that the crisis isn’t quite over yet. Worry over another “bummer summer” has caused speculation as to whether these good times will continue.
“Unexpected crises generate high levels of uncertainty when decision-makers are forced to adjust policies. Often a crisis starts at a local level (USA in 2008, Wuhan in 2019) and spreads around the world,” noted Alan Mudie, Global Head of Investment Strategy at Société Générale. “We’ll see what happens with vaccination campaigns to plan how that will affect charters this summer.
The positive outlook is helping allay fears, and La Belle Classe Superyachts Business Symposium’s success is paving the way for the next event, the Environmental Symposium, set to be held on 25th March as part of Monaco Ocean Week.