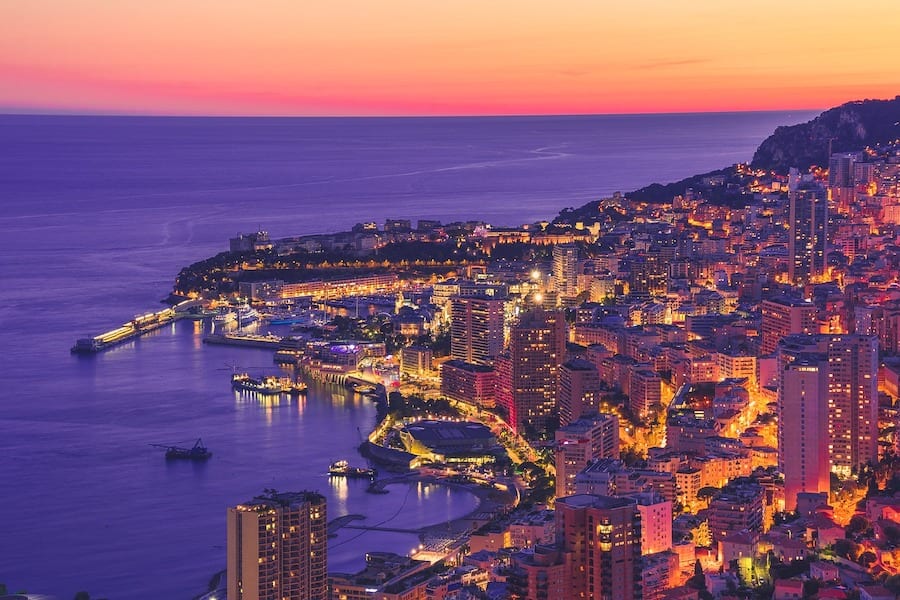 By the time the Covid-19 epidemic reached Monaco in early 2020, the government had implemented or was trialling a number of technical projects as part of its Smart City programme. Suddenly, technology that was designed to improve lifestyle in the Principality took on a whole new significance: to help protect the population and save lives.
“Monaco is a science-based country. We collect the data, we analyse it, and we make a decision based on all the information we have,” Georges Gambarini, Smart City Programme Manager, tells Monaco Life.
The government has been steadily introducing a range of new technology on its path to becoming a Smart City. Noise monitors, traffic sensors, ‘smart’ traffic lights… they’re all delivering real time information for the government to adapt its city planning.
But Georges Gambarini never imagined that the technology he was charged with implementing would soon be used in Monaco’s strategy to tackle a worldwide pandemic.
“Pedestrian censors, for example, helped us monitor pedestrian flow in the city during the post-confinement period, especially at the train station exit,” reveals Mr Gambarini. “We had around 20,000 to 25,000 people a day passing through the train station, and each day we tried to understand that flow. Were we at 50% of our normal situation? Was there are a risk of contagion because we had a lot of people in a small corridor of the train station? It was very useful in helping us to understand what the real situation was in the city at a moment when anxiety was high.”


One of the areas where Monaco has made significant ground is 3D technology. Every detail of the entire Principality has been digitally mapped. It is a critical advantage in urban planning, particularly in a development-heavy country like Monaco.
But again, technology that was introduced to measure, for example, how a new building would impact road traffic or wind propagation in the city, was utilised to help shape the government’s health measures.
“We were able to determine what the contagion risk was in a specific area of Monaco when someone was infected with Covid-19,” says Mr Gambarini. “In our 3D model of the Principality, we are able to inject a certain number of people who are contagious, apply the rules of contamination, and predict what the impact will be if there are 100 people without masks, then 200 people, etc.”
These 3D simulations allow authorities to recreate any digital scenario in Monaco and adjust their discussions and decision making according.
“It helps with questions like ‘Do we put in some new exits there?’, or ‘Will social distancing work in that space?’,” says the programme manager. “And it works because it is based on mathematics and the scientific rule of transmission.”
There are unknown factors, of course, but for the large part the people in Monaco have played by the rules.
“I’m not saying that digital saved everything in 2020, however thanks to digital people were able to work, to go shopping, etc. Decisions were made with the help of very deep data analysis, and technology sometimes helped to reinforce those decisions.”
If Monaco’s technical abilities advanced in 2020, they are set to excel in 2021 with the introduction of the sovereign cloud – data storage and computer power that not only resides in Monaco, but is also owned, governed and managed locally, with controls in place to ensure data is not accessible from outside the Principality.
“It will give us a very modern infrastructure with high calculation capabilities that we miss today,” explains Mr Gambarini. “We need to export our data to create algorithms, so the sovereign cloud will give us a very secure infrastructure and allow us to industrialise our deeptech strategy.”
From the beginning of 2021, the health situation in Monaco has accelerated significantly. What role technology is playing in limiting this impact will be a topic that Monaco Life will return to in the months ahead.