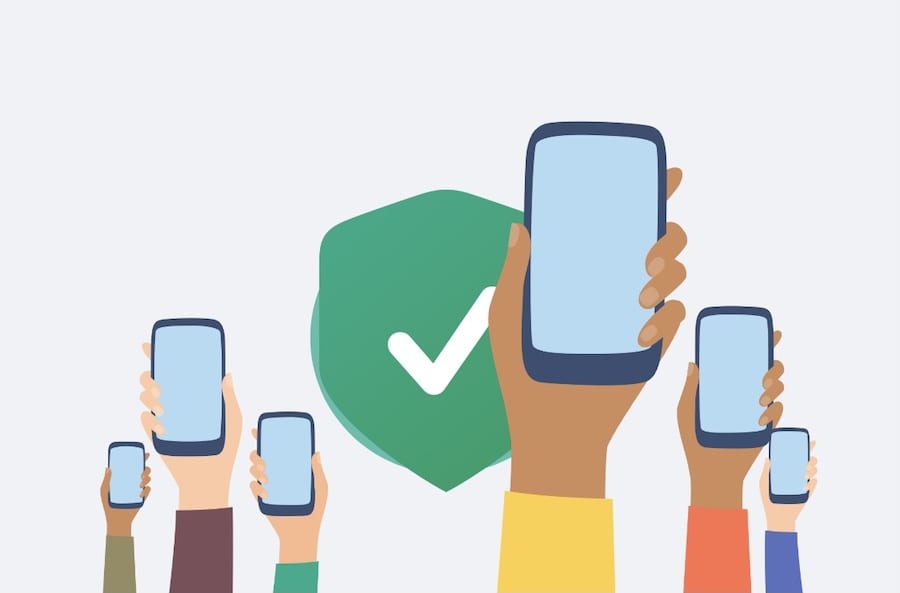 People who have been vaccinated in France will now be issued with a QR code that will be used to create their ‘health pass’ for travel and leisure.
From Monday this week, vaccinated patients began receiving an attestation de vaccination Covid-19 or vaccination certificate.
The certificate comes with a QR code that can be scanned into France’s Covid tracking app TousAntiCovid to generate a “vaccine pass” that can be eventually scanned and verified at certain establishments, venues and at border crossings. The app is currently used to scan Covid test results, but may evolve to become the ‘health pass’.
An example of the certificate was shared by doctor and medical writer Jimmy Mohammed on Twitter, who said, “Vaccination certificates certified with QR code are coming! Then scan on AntiCovid! The health pass is gradually being implemented and this is good news”.

For those who have already had their inoculation, the certificate will be made available to them later this month via the online Ameli account, according to Digital Affairs Minister Cedric O. For those without an Ameli account, he asks that they go online to www.ameli.fr and register using details from their carte vitale.
It is not yet clear what will be the case for those who have been inoculated but don’t possess a carte vitale.
Access to where?
French President Emmanuel Marcon has so far cited two specific activities that will require the new health pass by June, namely travel from non-EU countries including the United States, and domestically for access to large events such as concerts, festivals and sports matches. The government has stipulated it will not be required for daily undertakings such as going to the gym or to a café.
Sorting out how international travel will work is still in the infant stages, with a few complications to be taken into consideration. First is whether the apps and certificates will translate outside of France with the apps from other countries. The second sticking point involves individual rules and agreements that other nations have with regard to health passports.
The EU is currently working on its own app, dubbed the ‘Digital green pass’, which it is hoping to launch in June, and will have the same options as the French one but will also include a medical certificate for people who have recently recovered from the virus.
For travel outside the EU, no one is yet sure how it will pan out.
On Monday, France’s transport minister Jean-Baptiste Djebarri told LCI Radio, “We are going to negotiate with partners, such as the Americans, bilateral agreements that will allow us to travel to each other’s countries.”
Officials are looking at a 9th June introduction of the vaccine pass, unless the health situation worsens, and until then, the same 72-hour negative PCR test rules apply, even with vaccinations.