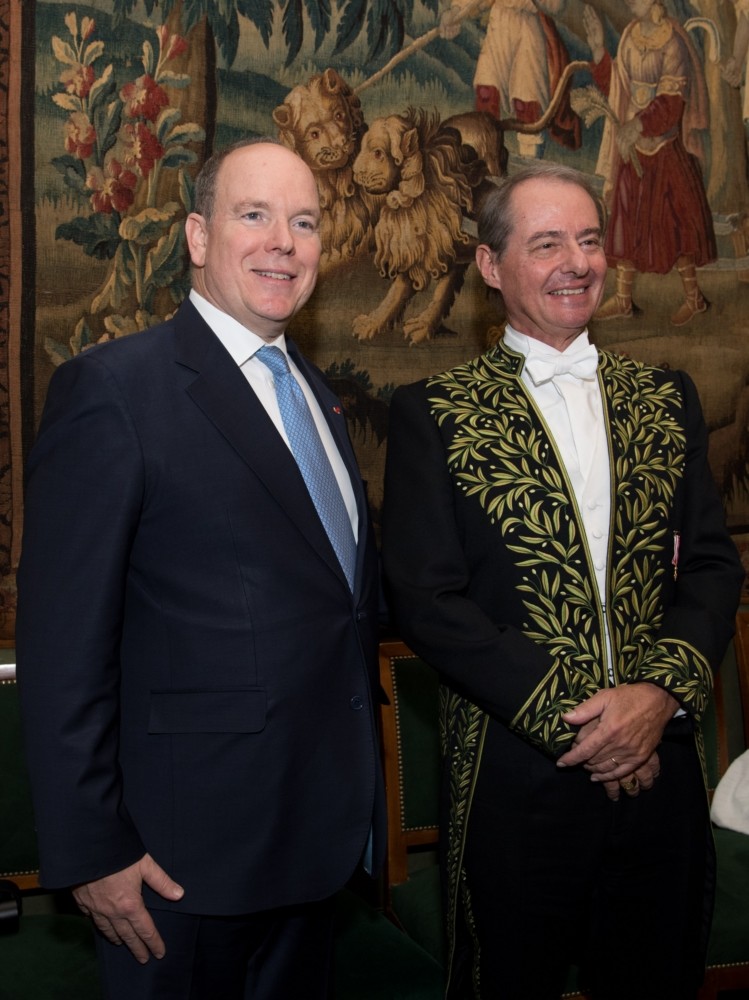 HSH Prince Albert II went to the Institut de France, in Paris, to attend the reception of Mr. Pierre-André Chiappori at the Academy of Moral and Political Sciences.

The Sovereign Prince handed him his sword, in the presence of prestigious academicians, including Xavier Darcos, Hélène Carrère d’Encausse, Jean Tirole, Nobel Prize for Economics, and Denis Kessler, who delivered the reception speech of Mr. Chiappori.

Mr. Pierre-André Chiappori is a graduate of the Ecole Normale Supérieure, an associate of mathematics and a doctor of economics. During his long and brilliant career, he was a research director at the CNRS, taught at the University of Paris I, at the Ecole Polytechnique, at the National School of Statistics and Economic Administration (ENSAE), then at the University of Chicago and finally at the prestigious Columbia University in New York where he still holds the chair of economics of “E. Rowan and B. Steinschneider”.

Mr. Chiappori’s work and publications focus on the micro-economy. He specializes in contract theory, risk and insurance issues as well as economic analysis of the family.

Mr. Pierre-André Chiappori is the third Monegasque to become a member of the Institut de France after the sculptor François-Joseph Bosio, at the Academy of Fine Arts in 1816, and Prince Albert I as foreign associate of the Academy Science in 1909.