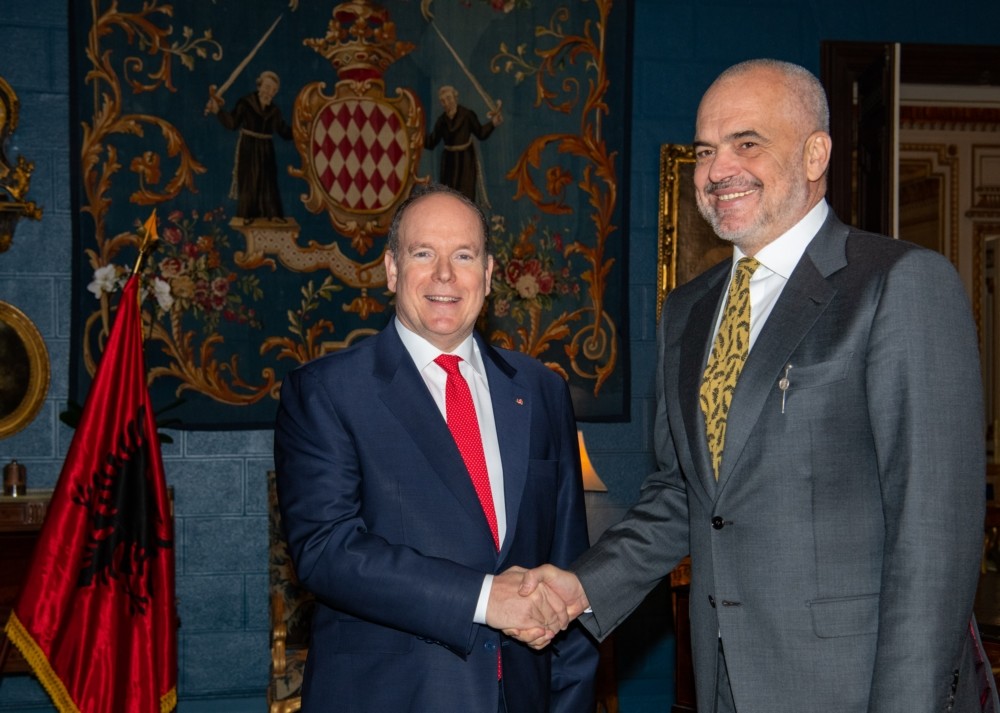 At the invitation of HSH Prince Albert II, His Excellency Mr Edi Rama, Prime Minister of the Republic of Albania, made a two-day official visit to the Principality of Monaco on Tuesday 9 and Wednesday 10 April 2019.

H.E. Mr Rama was accompanied by a delegation composed of Mr Blendi Klosi, Minister of Tourism and the Environment; Mr Etjen Xhafaj, Vice Minister Europe and Foreign Affairs; Mr Dritan Tola, Ambassador of Albania to France; Mr Endri Fuga, Director of Communications to the Prime Minister; Mr Sokol Nano, Director of the Development and Investment Agency and Mr Julien Roche, President of the France-Albania Chamber of Commerce and Advisor to the Prime Minister.

On Wednesday 10 April, the Sovereign Prince received Mr Edi Rama at the Palace of Monaco for a bilateral meeting, then during an official ceremony in the Salle des Gardes, He awarded the Cross of Commander of the Order of Saint-Charles to Mr Rama in the presence of both the Monegasque and Albanian delegations. A lunch was later held in the Salon des Glaces.

This visit followed the visit of the Monegasque Sovereign to Albania on 16 October 2018, during which He met H.E. Mr Ilir Meta, President of the Republic of Albania, and H.E. Mr Edi Rama.

In October 2019, H.E. Mr Ilir Meta will pay an official visit to Monaco.