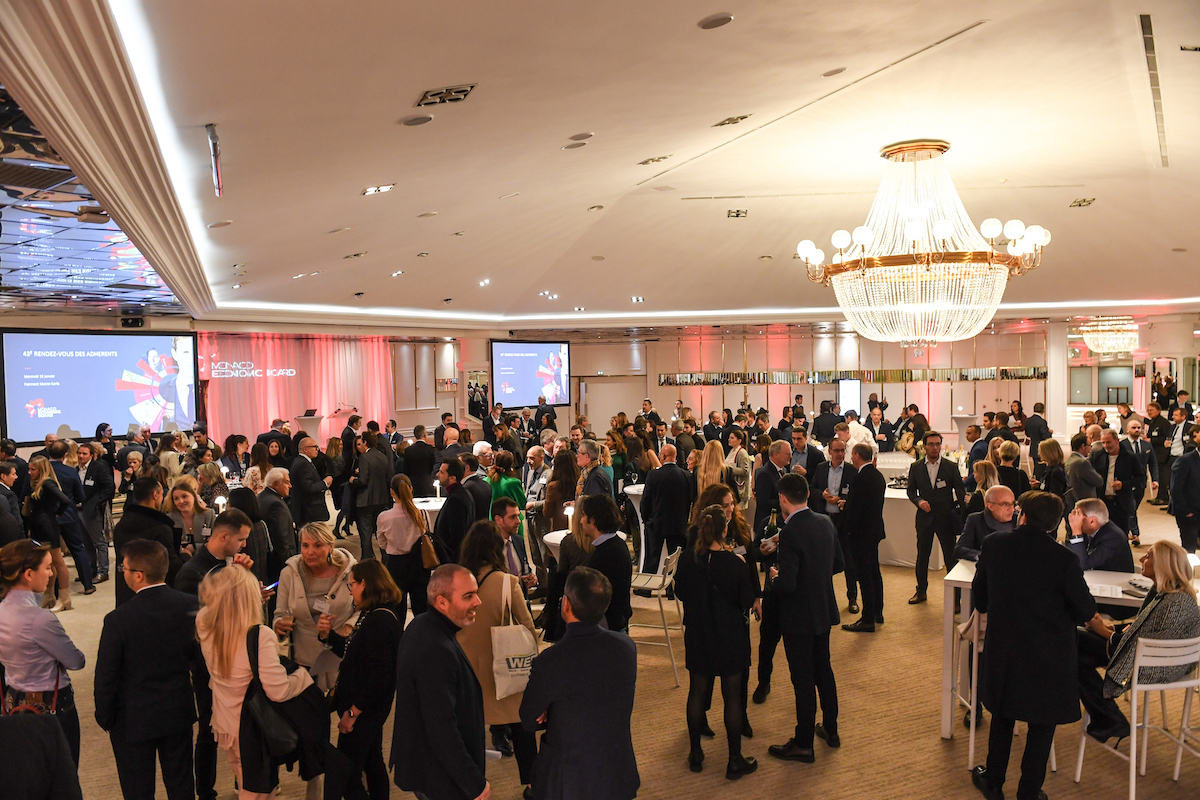 It was in the new Fairmont Monte-Carlo Grand Salon where 300 decision-makers and personalities gathered on Wednesday evening for the 43rd Members Meeting of the Monaco Economic Board.

After a word of welcome and good wishes from President Michel Dotta, Executive Director General Guillaume Rose and deputy Justin Highman rolled out the agenda of the Monaco Economic Board (MEB) for the coming months, revealing a very rich and varied programme.

The leaders also announced several new features including the organisation of economic conferences in English, and small group meetings with foreign ambassadors during their presentation of credentials at the Prince’s Palace.

The Meeting of Members was an opportunity to details the new digital tools dedicated to companies offered by the Prince’s government: Stephan Bruno, the Director of Economic Expansion presented the new digital Directory of Trade and Industry (RCI), and Julien Dejanovic, Director of digital services, spoke about the electronic signature in particular.

A busy year ahead

In an effort to help managers in their decision-making, the MEB will offer conferences on various topics: expanding the skills of the Customs Office in Monaco in collaboration with local professionals (WES and Monaco Logistique) on 2nd February, new technologies real estate with Extended Monaco on 9th March, macroeconomics with Coface chief economist Jean-Christophe Caffet on 14th March, economic forecasting with forecaster Christophe Barraud on 16th May, and a presentation of Monaco in Figures for 2023 by the Director of IMSEE Alexandre Bubbio on 22nd June.

Two other meetings are planned to learn more about the opportunities offered by Sweden, 7th March, and Morocco, 18th April.

Further international meetings are planned with the reception of an Austrian delegation on 6th March and two economic missions to Djibouti from 6th to 10th February, and to Miami from 8th to 12th May. Later in the year, Amsterdam is already confirmed at the beginning of October.

As part of its Invest Monaco mission, the MEB will also participate in operations to promote the Monegasque economy in targeted locations such as Geneva or Brussels. Finally, the association’s next general meeting will be held on 30th March 30 and will be followed by the 44th Meeting of Members at the Yacht Club de Monaco. All of these actions are organised in collaboration with the many partners of the MEB, public or private, locally and internationally.

Following the speeches, members were invited to catch-up and network over a cocktail in the new Grand Salon of the Fairmont.