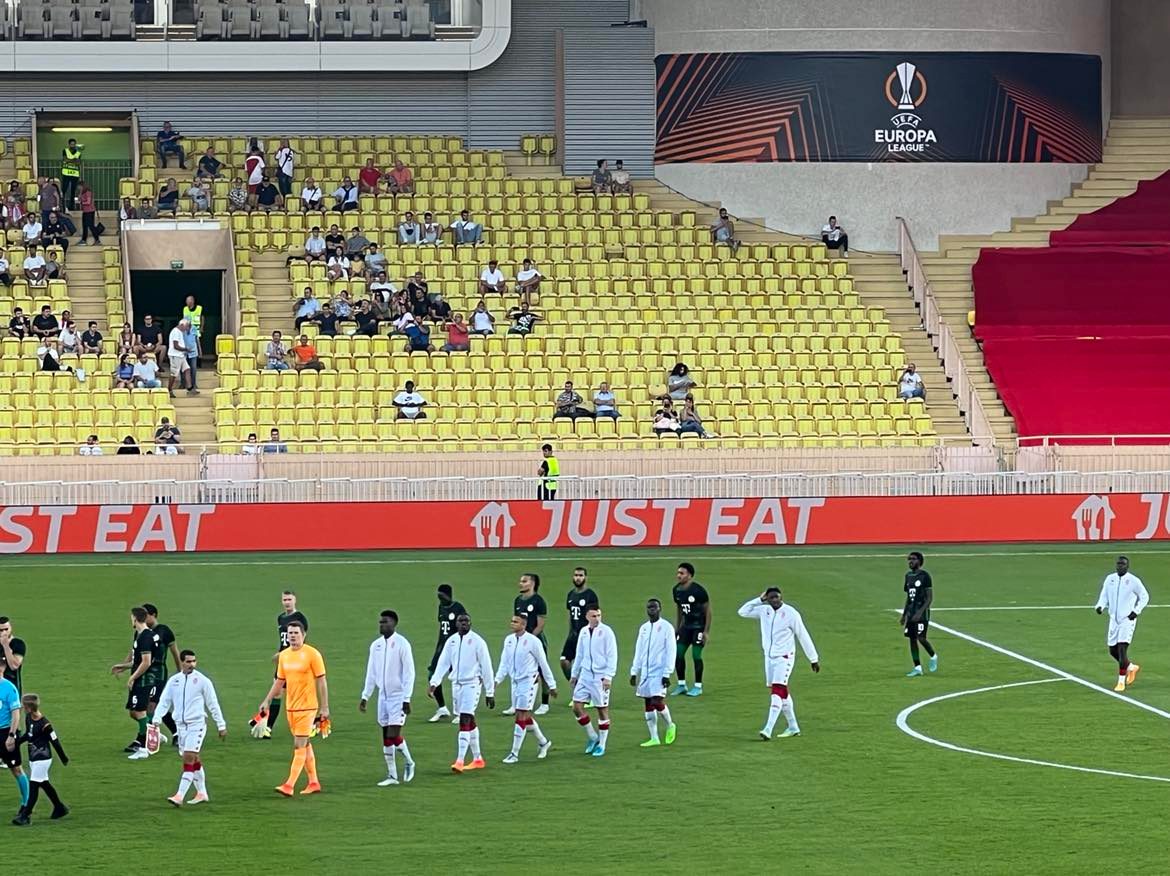 Ferencváros took all three points away from the Principality, beating AS Monaco 1-0 in a cagey, low-quality affair at the Stade Louis II on Thursday.

Philippe Clement said pre-match that he was expecting to come up against a “fresher” side in Ferencváros, and it certainly looked that way in the first-half. Monaco struggled for rhythm and couldn’t match the intensity that they had shown in recent games. Simple passes went astray and the side looked devoid of creativity.

Reduced to creating just half-chances, they went into half-time grateful still to be level. Tokmac Nguen thought he had given the visiting side the lead midway through the opening period when he tucked the ball past Alexander Nübel when 1v1. However, the linesman raised his flag, and following a lengthy consultation with VAR, the original decision stood. For Ferencváros manager Stanislav Cherchesov, the 900 Hungarian fans in attendance “gave the side a feeling of being at a home match at time,” but they were momentarily silenced following the disallowed goal.

Something clearly needed to change at half-time, either mentally or tactically. As the teams emerged from the tunnel for the second-half, it was clear that Clement had seen enough. Off came Vanderson and Krépin Diatta and on came Ruben Aguilar and Maghnes Akliouche.

Whilst Akliouche added some zip and urgency in the offensive phases, little changed for Monaco, who continued to struggle to find that creative spark. Nontheless, in a game of few chances, they only needed one moment, and they were gifted it midway through the second-half.

A deflected cross saw the ball fall fortuitously at the feet of Ismail Jakobs, who had the goal at his mercy just five yards out, unmarked and in space, but his snap-shot was denied by the trailing leg of Dénes Dibusz.

That proved to be a turning point. Just minutes later, Ferencváros had their chance, and they, unlike Monaco, didn’t miss. Substitute Bálint Vécsei’s deflected volley wrong-footed Alexander Nübel, who could only parry onto the post and agonisingly just over the line.

The score remained at 1-0, meaning that Ferencváros secure consecutive victories in the Europa League, having already beaten Turkish side Trabzonspor 3-2 last week. They are the only side to have a 100% record, whilst Monaco, with one win and one loss slip to third.

Clement’s analysis of the match was simple: you take your chances, you win. “Efficiency in Europe is important to get the result. In the first-half our rhythm wasn’t good enough. In the second-half we raised the tempo and we really pushed with opportunities that should have been goals, notably Ismail’s [Jakobs]. With efficiency, you win matches like that, without it you don’t win,” said the Belgian coach.

Attention now shifts to Sunday’s match away to Reims, where they will be hoping to head into the international break on a high by securing a third consecutive Ligue 1 victory. 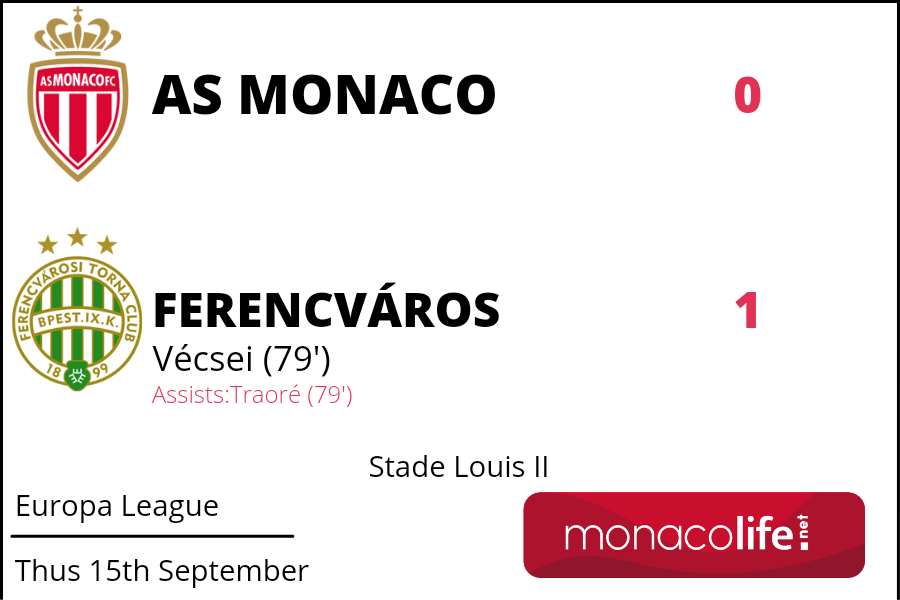