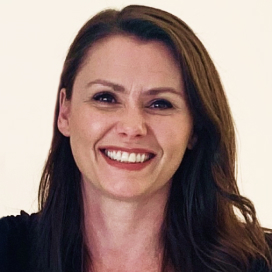 Having already achieved the unthinkable in reaching the Euroleague play-offs, AS Monaco Basketball seek to continue to defy the odds when they come up against European giants Olympiacos in Greece on Wednesday.

Ahead of the crunch tie, Sasa Obradovic and Alpha Diallo spoke to the press on Tuesday, not content to merely be in the play-offs, they highlighted their desire to push-on. “You have to always be hungry and have big goals,” began Obradovic. “I think that above all, we belong in the play-offs, but you should be hungry every day and this is my life motto,” continued the Serbian coach.

In the final stages of the regular season, Monaco’s Roca Team beat Olympiacos (92-72), whilst their recent run of form, arguably the best in Europe, means that Obradovic’s men come into the tie high on confidence. But according to Obradovic, what happened in the regular season will have little bearing in the play-offs.

He told Monaco Life, “I don’t think our good form has an impact. What we did, we need to put aside, and be ready to play possession by possession.”

One quite glaring difference between that game in March and Wednesday’s game is the setting. Olympiacos will be on their own court, which will pose its own set of challenges. “Lots of guys have never played in such an atmosphere. They are incredibly tough at home, but not as much on the road,” said Obradovic.

As well as home advantage, Obradovic also sought to point out Olympiacos’ experience. “They have experience in the big games,” he said of the three-time Euroleague champions. It is not only Monaco’s first time in the play-offs or in fact the Euroleague, but it is also a side with a roster full of rookies. One of them, Diallo, however, told Monaco Life that they are leaning on the experience of players such as Mike James and Will Thomas.

“There is a lot of experience in the team and they are leading the way. We are leaning on these guys to lead us. For them, this is just another play-off,” said the American.

Although it may just be another play-off for some of the veterans in the side, it certainly isn’t for the club, for whom this is a momentous moment in an ongoing fairytale story that is yet to reach its conclusion… and hopefully won’t for some time yet as they endeavour to reach the “Final Four” in Belgrade in May.