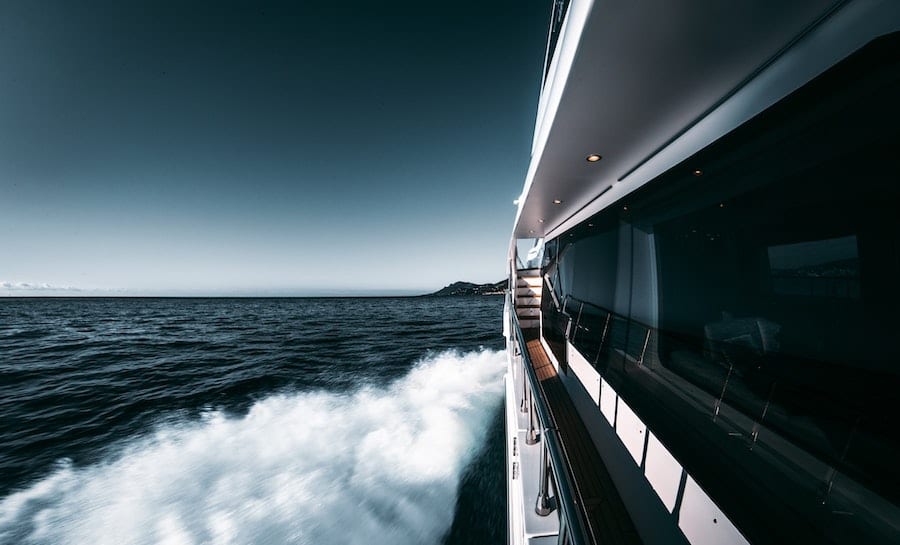 How can the yachting world help protect the marine environment? That was the topic for analysis at the recent La Belle Classe Superyachts Symposium, and hydrogen was hot on the list of solutions.
The 10th La Belle Classe Superyachts Evironmental Symposium, hosted by the Monaco Yacht Club (YCM) and organised by the Prince Albert II Foundation and Monaco Government, was held in partnership with the Monaco Oceanographic Institute and the Monaco Scientific Centre on 25th March. It brought boat owners and captains up to speed on the crossroads between the environment and yachting.
Certain restrictions brought on by the pandemic meant that the event was a mix of in-person and remote discussions and debates, but it was no less lively for the change in format. Six experts in their respective fields, including seasoned explorer Mike Horn and journalist Guillaume Pitron, were on hand to share experiences and expert knowledge on the theme of ‘New energy sources and carbon emissions: looking forward’.
Hydrogen was a hot topic at the event. The gas is considered a “carbon neutrality lever”, and is being looked at as a future solution for climate change and the effects it has on coastal communities, where 70% of the world’s population resides.
“25% of the world’s population depend on sea fishing, 25% of animal and plant species could disappear within 40 years, 30% of marine biodiversity lives in corals yet by 2050 all corals could be dead,” said Jérémie Lagarrigue, CEO of Energy Explorer Developments (EODev).
He went on to explain that “hydrogen presents as the only energy system that meets regulatory requirements and allows business to continue.” Add to this the fact that it has an inexhaustible supply and it is an incredible ally in the push for renewable energy sources.
“In 2017, hydrogen was worth $2 billion, we are counting on that rising to $2.5 trillion by 2050, with 30 million jobs created,” he concluded.
Industry leaders are giving hydrogen a go, as shown by Hynova Yacht, the first recreational boat brand in the world to release an electro-hydrogen propulsion system. Other sailing and motorised vessels are also looking at hydrogen propulsion as a safe, clean alternative. Mike Horn’s Panagea, Samana 59 from Fountaine Pajot and the Orcageno, Aquon One, The New Era are all examples.
“Hydrogen, batteries, solar, wind, hydro-electricity… we are testing all these technologies in extreme conditions to be applied on a massive scale,” explained Victorien Erussard, President, Captain and founder of Energy Explorer, a catamaran powered solely by renewable energy and using hydrogen as a means of energy storage.
But his goals are bigger still. He is looking “to develop and consolidate our expertise in the sustainable energy transition field, be that in terms of the economic, environmental and societal impacts, or current developments both technological and its usages.”
Monaco is aiming to make the Principality the gold standard centre of innovative, clean luxury yachting. Under the moniker “Monaco: Capital of Yachting” project, YCM and Credit Suisse launched the SEA Index which gives owners of 40 metre plus yachts a benchmark to assess their CO2 emission and improve their environmental performance.
Eventually, the goal is to expand the project to also cover monitoring of propulsion systems, heat recovery, chemical products, waste and water to ensure yachting is as green as possible in the future.

Photo by redcharlie on Unsplash