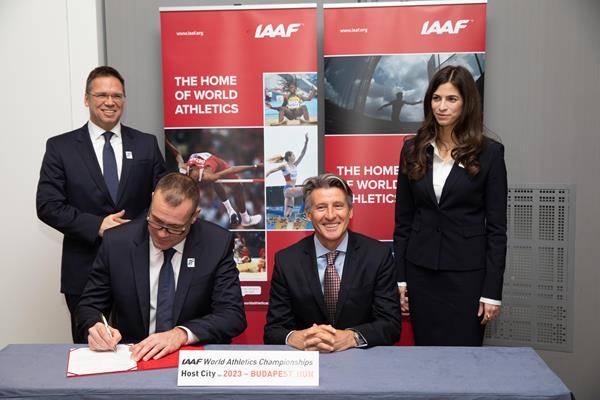 The IAAF Council, meeting in Monaco, has made key decisions on the venue of the 2023 World Athletics Championships, the status of the Russian Federation and presented a new marketing opportunity for Member Federations.

The Hungarian capital Budapest has been awarded the IAAF World Athletics Championships in 2023.

Budapest is an experienced organiser of major athletics events, having hosted the IAAF World Indoor Championships in 1989 and 2004, one of just two cities to have staged the event twice.

“In the past 30 years, Hungary has organised every world and European Championships, indoor and out – on the road, cross country – available to us except for the World Athletics Championships, and we are incredibly proud that this collection will be complete in just under five years’ time,” said Marton Gyulai, CEO of the Bid Committee for Budapest 2023. A key component of the bid is the construction of a new stadium that will serve primarily as an athletics facility.

Following the bid delegation’s presentation to Council, IAAF President Sebastian Coe said: “We are delighted to award the 2023 World Athletics Championships to Budapest in Hungary, a country of extraordinary athletic tradition and great experience in organising world-class sports events. It has been the scene of some of our greatest moments as a sport. We are excited about their plans for a new stadium that will become a great legacy for athletics.”

The Council accepted the Russia Taskforce’s recommendation not to reinstate RusAF until the following two conditions have been met in full:

– The AIU must confirm that it has been given all of the data and access to the samples that it needs to determine which of the Russian athletes in the LIMS database have a case to answer for breach of the IAAF anti-doping rules. The IAAF Council was clear that Russian athletes cannot return to international competition unconditionally until that issue is resolved one way or the other.

– RusAF must pay all of the costs incurred in the work of the Taskforce and in bringing or defending Russian cases at CAS. The IAAF Council was clear that this debt must be settled for reinstatement to occur; it is not fair to ask the IAAF and its other members to continue to carry these costs.

The Council voted to permit national teams, for the first time, to display the logo of a national sponsor on their kit for the IAAF World Athletics Championships (WCH) in Doha.

This will mean that the WCH will be treated in the same manner as all other World Athletics Series (WAS) events next year and will mean that Member Federations (if they wish to do so) can use the same kit for all WAS events including the WCH. 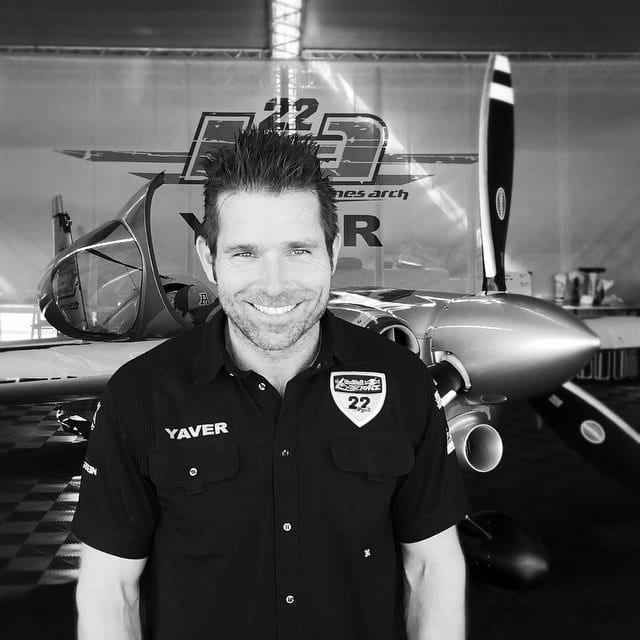 Hannes Arch. Photo: Paul Thompson[/caption] The founder of the Red Bull X-Alps adventure race, Hannes Arch, has been killed in a private helicopter accident in the Austrian mountains. Arch, just shy of 49, was a celebrity in his native Austria and a familiar face on billboards and on television. A noted BASE jumper, he once said: “I’m prepared to take risks, but I’m by no means a ‘risk-taker’.” Recently Mr Arch, who began his professional career as an alpinist, earned a following of international fans as a successful pilot for the Red Bull Air Race world championship. “We will miss his warmth, sense of fun and boundless energy,” a Red Bull Air Race statement said. The Red Bull X-Alps race, which takes place every two years, is a 1,000 kilometre race in which athletes must hike or paraglide across the Alps from Salzburg, Austria, through parts of Germany, Switzerland, Italy and France. The finish is in Monaco. The exact route is normally unveiled in the spring before the race start. The first race was in 2003 and the next event is planned for 2017, with participants only allowed to either hike or fly. Teams consist of one athlete and one official supporter, whose role providing technical advice, mental and nutritional support is said to be almost as demanding. (Feature image: Phil Guest)

Monaco resident Nico Rosberg has become a shareholder in Formula E, according to its organisers. "Since my retirement, I've become very interested in the e-mobility movement and its potential to positively impact our society and our planet," the retired 2016 Formula One world champion said in a Formula E statement. "I've therefore also long believed in the potential of Formula E and came on board as an investor some time ago." Neither Rosberg nor the series gave details of the amount of his investment, but German media have suggested that the 32-year-old might take a management role. Last year Rosberg said he was interested in becoming more involved in Formula E, but not as a driver. The new global Ambassador for Rolex is expected to give the season's new Gen2 car its first public demonstration outing at the Berlin ePrix on May 19.